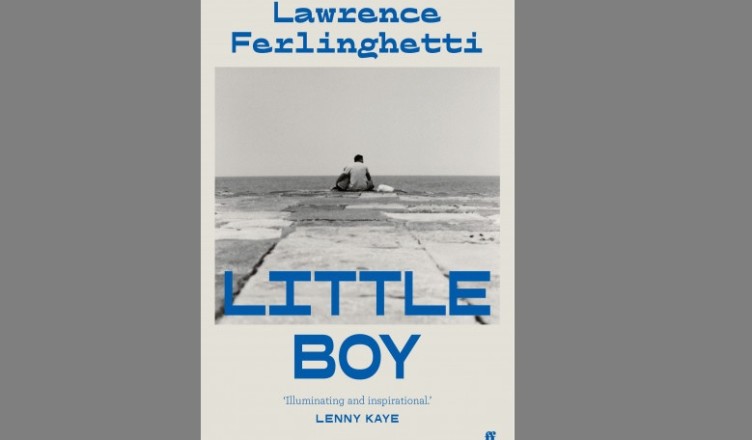 Throughout Lawrence Ferlinghetti’s Poetry as Insurgent Art, his manifesto on poetry written in aphorisms published in 2007, he returns to central questions about the existential problem of poetry:

Poetry is the necessary response, perhaps the only response, to the world that calls out for it. But can we really say that we ‘use’ poetry in order to save a doomed world? This word ‘use’ is more slippery than it seems, and Ferlinghetti answers an impossible question with a bombastic answer. The question is also an aphorism, something people say to dismiss the importance of something else that cannot be easily quantified or measured. The language is also eschatological, as it often is in Ferlinghetti’s work: a world that cries out to be saved must believe it can be saved, or at least that there is some kind of redemption. Perhaps poetry’s ‘use’, if we can even use this word, is to offer a prosthetic through which to scramble around in the complexities of life, trying to find some moments of light.

Of course, Ferlinghetti’s use of the word ‘save’ also speaks to the traumas of post-war America, in which national identity is forged in oppositions, to Nazism, to Communism, to the Un-American, and when the notion of threat underpinned much of the experience of the American populous. Ferlinghetti’s novel Little Boy traces much of the tumultuousness of the 20th century building up a constantly shifting image of America through its fragmented form, copious word-play, reference, and interior monologue. Ferlinghetti’s third novel, published this year to mark his 100th birthday, is a novelistic memoir in which life is written in a continuous present. The novel gives additional shape to Ferlinghetti’s many poems through details of his nomadic childhood, and new glosses on his idea of a national culture. It begins by reflecting upon the childhood of ‘Little Boy,’ and his journeys around America and elsewhere. But it is also not a memoir—Ferlinghetti has referred to the main character as an ‘imaginary me’—and so it also takes on mythic proportions, mining 20th century culture and literature to provide an idiosyncratic American experience that is at once quotidian but also all-encompassing and ambitious in scope. Though Ferlinghetti’s dissident poetry may read very differently in the 21st century, the writhing prose of this novel gives an eccentric account of living in the changing landscape of the last century.

Ferlinghetti’s career needs hardly any introduction: one of the two founders of City Lights Bookstore, the first paperback bookshop in San Francisco and creator of City Lights Publishers, he is a central figure not only in Beat poetry, but American letters. Ferlinghetti himself prefers the term ‘wide-open’ poetry to ‘beat’, as he explains: ‘Wide-open poetry refers to what Pablo Neruda told me in Cuba in 1950 at the beginning of the Fidelista revolution: Neruda said, ‘I love your wide-open poetry.’ To be ‘wide-open’ seems to me to be another way of responding to a world that calls for poetry: it is a mode of receptivity, of answer, and of intimacy. In Little Boy, this openness seems to be partially down to Ferlinghetti’s play with form: it skips between first and third person, as if each change signals a new direction in thinking, or even adapting the genre as its happening. In the opening pages, the Little Boy’s life is narrated through a series of ‘Ands’, as if each new memory as added to an unceasing archive. But then the narrative moves to a more confessional, almost diaristic ‘I’: ‘But I keep having the same dream over and over always the same with a disembodied me wandering around some huge city which after a few dreams I recognise as Manhattan’. These shifts continue throughout, and it seems to be about a finding a form that can be ‘wide open’ to a life, to give a sense of the flickering moments of time.

Ferlinghetti’s work has always been made through and of a tissue of references. His famous poem ‘Autobiography’ (1958) from A Coney Island of the Mind, one of his many odes to Whitman, not only gives another potted history of life which this book fleshes out, but is also filled with intertextual references to literature such as James Joyce’s Portrait of the Artist as a Young Man, or foundational national documents such as the American Constitution. This freedom to take from an archive of important letters also shows the opening out of texts from their contexts; or, to be more specific, Ferlinghetti’s riff on titles and on quotes seems to be not intertextual in the strictest sense, but more about what we hear, how culture operates between people. This is also clear in this text: the titular ‘Little Boy,’ in recounting his early memories, reflects on the house in which he came by accident to live. Presley Bisland, his guardian, is produced through literature, both the literary figures he resembles (Mark Twain, Tolstoy) and the poetry he would recite. Literature’s ‘use’ if I can return to the opening idea, is often to construct the self, to save oneself from being somehow indistinct. But literary culture in general also becomes a kind of anchor in time, and it is interesting to note just how many of the same figures re-emerge throughout Little Boy: Proust, Beckett, Shakespeare seem to be the guiding forces in this work, so though time may shift, the references stay the same.

But though the book may be filled with references, its language is undeniably lyrical, seeming to prioritise rhythm and flow over anything else. In this way Ferlinghetti seems to be in conversation with the wide form of the ‘lyrical novel,’ a term used by Ralph Freedman to denote a novel that focuses on aesthetics and a complex relationship between inner and outer worlds. Ferlinghetti’s work has always been in conversation with the tradition of the American lyric, in a large part through his engagement with the work of Whitman and Eliot; simultaneously, as Stefan Kjerkegaard has shown, his long poems have also included elements of narratology. In this work then, Ferlinghetti’s interest in narrative and monologue find their form: the breathless sentences move between giving an account of Little Boy’s life history and stream-of-consciousness, never quite resting on either. His attention to language is also found in his puns and riffs on well-known phrases, things that sound like other things, ‘flesh and fowl and fauna funicular’; ‘Where in the pluriverse or in any great verse’; ‘why should I be afraid of Freud’. This punning can become a little tiresome, but its relentlessness also shows Ferlinghetti’s deep relationship to language as a material to be moulded and changed, and importantly, played with.

Perhaps most interestingly, but also unsurprisingly, the eschatology of Ferlinghetti’s poetry and aphorisms that have characterised his writing are still present in this work, but focused on a much more specific idea of a ‘plot’ or an ‘end.’ It appears that Ferlinghetti’s unusually long and productive life still provides ample material for exploration but often his mind wanders not to a new fear of the end or his own death, but into the problems of memory. The ‘poet’s eye obscenely seeing’ from A Coney Island of the Mind, is still present here in this text, and as that metaphor suggests, almost sees too much, but Ferlinghetti also discusses moments of failure: ‘In the end Nothing because the older he gets the more he forgets until in the end it’s all amnesia and he can remember nothing at all of vast spaces of time and he’s left only with his present moment or everybody’s present moment the great terrible moving of Now’.

‘Everybody’s present moment’ has of course, a Whitmanic air to it. Throughout the novel, Ferlinghetti returns to the problem of narrating a life and looks for ‘if not a plot then a storyline’. Though it seems obvious to note the difficulties of narrating a life, in Ferlinghetti’s case, this question is compounded by not only the length of his life, but also the sheer volume of language in which this life has been rendered. If the avant-garde politics of the writing here feel decidedly less pronounced, a little repetitive now, in bringing us back to a mad continuous present, Ferlinghetti finds some power: ‘And every word my last word Nothing resolved Nothing brought to any conclusion the plot left hanging the hero left longing for some way up or out for some resolution revelation revolution’. For Ferlinghetti the ‘saving’ he speaks of in Poetry as Insurgent Art seems to lie, in this book anyway, in how it can create a shape through which you can move, a mode of being, smoothing out the textures of life into a lyrical form ‘swept along in everybody’s consciousness’.

Katie Da Cunha Lewin is a researcher, tutor and writer based in London. She has a PhD in the work of Don DeLillo and J.M. Coetzee from the University of Sussex and was the co-editor of 'Don DeLillo: Contemporary Critical Perspectives', published by Bloomsbury in 2018. Her writing has appeared in The London Magazine, Times Literary Supplement, Irish Times, The White Review, and Los Angeles Review of Books. She is currently preparing a project on writing spaces for women in the interwar period.