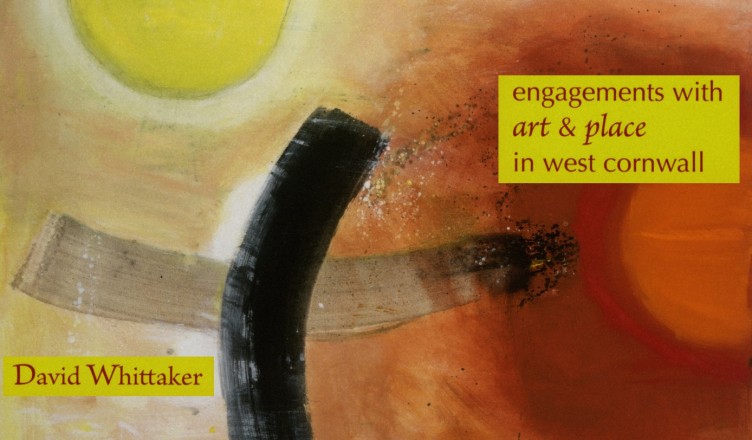 Monday 19th November is the late poet WS Graham’s 100th birthday. Below are extracts from David Whittaker’s new book St Ives Allure, a generously-illustrated story of the painters, sculptors and colourful figures who have lived in, and been inspired by, the Cornish harbour town of St Ives and the wider Land’s End peninsula. Graham – who moved from his native Greenock to this remote part of Cornwall in 1943 and, with the odd interruption, lived there until his death in 1986 – befriended a number of the area’s artists.

The second extract refers to Graham’s elegy ‘Lines on Roger Hilton’s Watch’. You can hear him reading this poem on the Poetry Archive here.

Immersed as Graham was in a community of mainly experimental artists, there can be no doubt that their efforts at undermining the habits of visual perception entered his own struggles to ‘disturb the language’ of the written word. There was much talk of space amongst these artists and Graham too was interested in the space the page offered him in constructing his poems. There are various accounts of how he surrounded himself with words and phrases written on large pieces of card, and something of the engineering skills he acquired as a young man came into play here. But it wasn’t only a matter of syntax, a shuffling of the words to create a kind of mosaic. Graham’s real exertions had to do with semantics, how to impress an abstract meaning into the poem that was capable of spanning the space between him and the reader. There was one more essential ingredient for Graham in how to achieve this: the sound of the poem. He frequently asked friends to read aloud his work before showing them how it should be done. (It’s worth seeking out any opportunities to hear recordings of Graham doing this.) And here time comes into play. He often spoke of the shape of the poem and we’re inclined to look at the pattern of words on the page. But when heard, the poem comes alive in a very different way as it unfolds, the pauses or silences (difficult to detect on the page) gradually acquire a potency that assist in conveying a significance to the attentive listener or reader, and this is perhaps where his concern with music also comes into play.

It was at Patrick Heron’s imposing residence, Eagles Nest, that the Grahams were introduced to Roger and Ruth Hilton. The latter was a musician and her technical knowledge was to prove very useful to Graham, for whom music was an essential part of life. Though it would be 1965 before Hilton moved from London to Botallack, with his second wife Rose and their sons. There was an immediate rapport, as Graham’s letters testify, followed by an intense relationship sparking a collision of egos, lovingly antagonistic, whisky-fuelled and painful for those in attendance. But the two men somehow fulfilled a provocative need in each other for a creative conflict that spurred on their art. Graham wrote some of his most inventive and lively letters to Hilton, but it’s worth noting that, regrettably, Hilton’s lengthy replies have not survived, leaving us incapable of fully understanding this unique, volatile liaison (the fact that Graham had an affair with Ruth can only have added further spice to the tortuous dynamic). The friendship resulted in two poems from Graham: ‘Hilton Abstract’ and the elegy ‘Lines on Roger Hilton’s Watch’ – ‘Which I was given because/I loved him and we had/Terrible times together’.