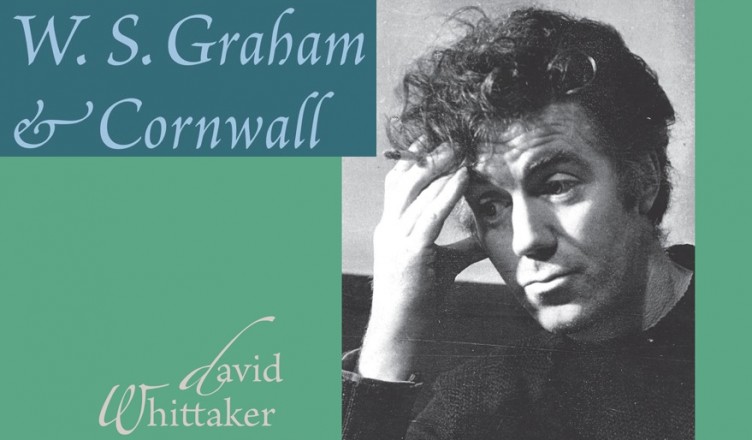 2018 will mark the centenary of the poet W.S. Graham (1918-1986). Graham – a Scot who for most of his adult life lived in west Cornwall –  was neglected in his lifetime, but in recent years has become widely regarded as one of the most important UK poets of the twentieth century. In 1947, while living in a friend’s cottage in the Cornish fishing village of Mevagissey, Graham was invited to join a local fishing crew. His long poem ‘The Nightfishing’, probably his crowning achievement, appeared in his 1955 collection of the same title, published by Faber & Faber. ‘Some of these poems’, T.S. Eliot wrote, ‘by their sustained power, their emotional depth and maturity and their superb technical skill, may well be among the more important poetical achievements of our time’. A 1954 recording of Graham reading ‘The Nightfishing’ can be heard here.

Below is an excerpt from David Whittaker’s Give Me Your Painting Hand: W.S. Graham & Cornwall, a book which chronicles Graham’s years in Cornwall, particularly his friendships with members of the ‘St Ives School’ of artists, and which includes material not previously published. It is 1949, and having just had his collection The White Threshold published by Faber, Graham is beginning work on ‘The Nightfishing’, assisted by something harder than his usual tipple…

Aside from his enthusiastic reading of Robert Graves’ The White Goddess, ‘the most stimulating book I’ve read in years’, Graham was further stretching his sea legs on a very long poem that would bring a phase of his writing life to a culmination. His letters make many references to his ongoing struggle with the epic scale, and some exasperation is revealed to [his friend, the artist] Sven Berlin (12/3/1949):

This ‘Nightfishing’, because of its size, is a bit of a monster to finish off. So often I feel lost in the middle of it not able to get out and back from it and see it as one object. But the bugger shall be fucked into an organic whole all the same. Christ it will be good to get it finished.

He also looked to Berlin to provide him with some unexpected assistance (7/3/1949):

Thanks for the white friends, certainly a Godsend or St Svensend. They go quickly. I’ve watched, as you advise, and haven’t rushed them too much. They are a great help in putting in a really long stretch of time on the work – when that is specially needed.

The ‘white friends’ were Benzedrine tablets, of which Berlin got a weekly supply on prescription. Benzedrine had been used by bomber pilots during the war to help them stay awake and alert, just what Graham demanded for his own nocturnal flights of the imagination. However he did show startling signs of becoming dependent (12/3/1949):

And the 50 were a great help and faded fast and I must, next time, remember to put those tiger glands on shorter rations. Do what you can, Sven, for at the moment they are a spare engine in this bull-shouldering sea. Again I’ve resorted to sniffing those bloody B.H.s and got my nostrils really buggered up and bleeding. What a mad business. Still, it is the right thing for this time.

He refers to Benzedrine inhalers and as these grew weaker in potency they could be heated near a flame or preferably on a cooker in order to squeeze out an extra ‘up’.

At last Graham’s majestic ‘The Nighfishing’ broke cover in the journal Botteghe Oscure in 1951, a highly regarded poetry publication founded under the wealthy patronage of the perceptive Princess Marguerite Caetani, who subsequently invited Graham to stay at her mediaeval castle south of Rome. Here we have one of the great sea poems in the language, but with a difference, as he later wrote to Charles Causley (23/6/1955):

I wanted to write about the sea and make it a grey green sea, not a chocolate box sea … Leonardo da Vinci has curious drawings in his notebooks of poured water and its currents and momentums and storms and driven tides and in a way I wanted to use those kinds of very physical phenomena in whatever real action was represented. Because although I wanted to write about the sea it was not the sea only as an objective adventure (if there is such a thing) but as experience surrounding a deeper problem which everybody is concerned with.

I mean the essential isolation of man and the difficulty of communication.

The poem has an incantatory tone spoken in a trancelike voice. There is a strong allegorical feeling of a perilous journey, with an emphasis on the futility of attempting to catch the slipperiness of identity using the porous net of language. A little later, writing to the bibliophile, collector and publisher Alan Clodd, he provides a reassessment of his poem (9/2/1955):

With all its mistakes and blemishes I think it is a knit object, an obstacle of communication, if you like, which has to be climbed over or gone round but not walked through. I think it just might make its wee disturbance in the language. I think (in a dramatic way) it makes a place, organic and believable, within its lines. What it will be to others I have no idea … If it made somebody seasick (a good unliterary measurement) I would be pleased.

January 1953 saw Graham visiting [his former girlfriend] Nessie [Dunsmuir] in Paris where she was teaching at the Berlitz School. Their essential kinship reignited (just in time, as she was contemplating getting married to a wealthy Frenchman). Returning to England, and during another period of drifting, they wed in October 1954 at a registry office in her hometown of Blantyre. Just a few months later, in February 1955, Faber published The Nightfishing, that also included ‘Seven Letters’. No doubt a great boost to Graham’s confidence and ambitions, nevertheless it remains an anomaly of literary history that his next book did not appear for another fifteen years.