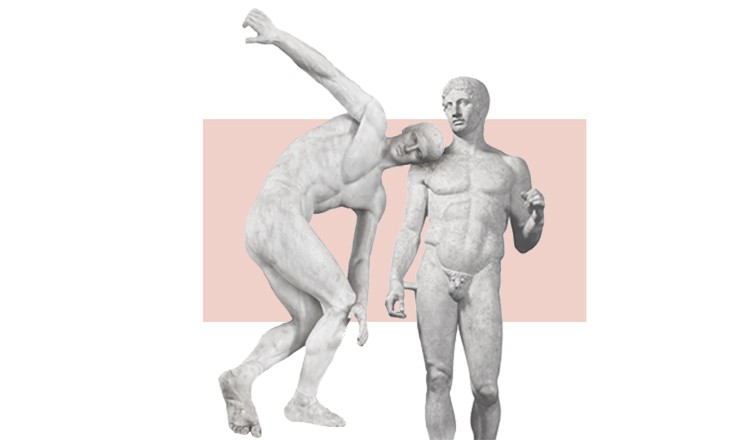 Neil Corcoran’s essay, “The poetry of botany in Michael Longley”, begins with an examination of how The Ghost Orchid (at the time Longley’s most recent collection) ‘reduc[es] male presumption and arrogance and remind[s] us of the instabilities of gender differentiation’. From the short poem Mr 10 ½ after Robert Mapplethorpe:

Corcoran discusses how both source photograph and poem have comic or ironic undercurrents, and the poem playfully criticises aggressive formulations of masculinity by reimagining the male body. Here, Longley points to a pertinent fact – the lack of fixed biological gender in the womb, never mind learned social roles later in life – to unsettle the perceived gender differences that underpin formulations of male superiority. Gender fluidity repeatedly stands in Longley’s work against systems of inherited male violence.

In her book-length study, Reading Michael Longley, Fran Brearton does important work in establishing how his ‘betwixt and between sensibility’ maps onto his rendering of interactions between men, particularly in his versions from Homer, such as ‘Laertes’ and ‘Ceasefire’, discussed below. Her reading tends to focus on Longley’s classicism, formal accomplishment and political import, of which there is now a substantial body of scholarship; the facts of the poems’ homoeroticism or concern with physical expressions of platonic love are largely unexplored. That Longley’s work repeatedly makes space for nuanced expressions of gender and sexuality makes him rare in Northern Irish poetry, and almost unique among poets of his generation; acknowledging this aspect of a near-canonical body of work seems overdue.

In ‘Laertes’, Longley plays out a difficult emotional exchange between men through Odysseus’ delayed reunion with his elderly father. Odysseus’ frustrated desire to make physical contact delays the reunion further, as he retreats into memories of childhood:

Odysseus’ association of familial affirmation and literary instinct (the ‘story’, the ‘catalogue’, the double meaning of ‘that formal garden’) seems significant. Poetic fatherhood is a recurring theme in Northern Irish poetry, and the poem is perhaps in dialogue with Heaney’s early poems. In ‘Digging’, from Death of a Naturalist (1966), Heaney struggles to assert his aptitude for writing against the more traditionally masculine qualities of his father (‘By God, the old man could handle a spade’) and his father’s father (‘My grandfather cut more turf in a day / Than any other man on Toner’s bog’). ‘Laertes’ also echoes ‘The Follower’, from the same collection, which concludes:

Where Heaney’s relationship is characterised as adversarial and burdensome, Odysseus is emboldened by his memory of a nurturing father, Laertes providing his son with words and understanding of the natural world, specifically in the domestic space of the family orchards:

Though Laertes’ gift to his son of both language and food is described as sustainable and life-giving, their reunion as adults is silent. Where filial bonding in ‘The Follower’ is uncertain and anxious concerning physical closeness, the bodies of Laertes and Odysseus create space for expression when words fail:

The image of Odysseus holding his father ‘fainting to his breast’ marks his body as a site of nurturing or protective love, belying his wartime reputation as ‘great Odysseus’. Brearton reads this scene as working ‘a reverse angle’, in which Odysseus becomes father-like and Laertes like a child ‘cradled’ in his arms. The exact wording is significant, however; given how often breasts feature in Longley’s work, it seems reasonable to connect their presence here to other important instances. In ‘Peace: after Tibullus’ (1979):

and, not far from ‘Laertes’ in the same collection, ‘Icon’ and ‘X-Ray’,

This is by no means an exhaustive list, and in each example breasts clearly carry important symbolic meaning as images of natural plenty or maternal protection, often in direct opposition to war and death. It is worth noting that this is a relatively reductive symbolic system, far more conventional than his renderings of masculinity. This seems a crucial point, however: in Longley’s poems, men’s breasts also function as a site of parental care-giving. A later Homeric poem, ‘In the Iliad’ (2000) describes how:

In this context, when Odysseus acts as care-giver in the un-epic space of Laertes’ garden, he seems to embody Longley’s ideal masculinity, encompassing strength and compassion, eroding the harmful binaries imposed by traditional gender roles.
In Longley’s 1995 collection, The Ghost Orchid, versions of Ovid’s Metamorphoses occasion his most explicit references to subverted or destabilised gender signifiers; again, the guise of classical literature permits a kind of serious playfulness that seems to have helped these poems pass Longley’s critics almost unnoticed. Amongst several more direct versions of Ovid is ‘A Flowering’, a poem that seems far more personal and candid:

Here, Longley makes more explicit the connections between physical and metaphorical gender signifiers, drawing again on the homology of male and female bodies; the poet’s non-functioning male nipples present a physical marker of the poem’s ‘truthfulness’, that even biologically there is little enough cause to assert gender difference with any confidence. As in ‘Laertes’, ‘A Flowering’ is composed of a single, manifold sentence, from which it is difficult to satisfactorily pin down a prosaic meaning. The connections between the flowers on which the poet and ‘Ovid’s casualities’ write and the beautiful bodies this writing seems to create do not seem to abide rational causality; the entire poem seems intent on both expressing itself and remaining hidden.

It seems significant that this impulse towards secrecy is explicitly connected to homosexual male desire and a rejection of physiological gender binaries. The related episode in Metamorphoses is Aphrodite’s lament for the death of Adonis, wounded in the groin by a wild boar. Where the poetic I resides in relation to this story is ambiguous; with the woestricken Aphrodite (mother of Hermaphrodite, a fact the classicist Longley may have had in mind), or the beautiful, dying young man who might be ‘[his] own son’, or his younger, once-heteronormatively desirable self? The poem’s semantic fluidity seems a deliberate feature, the suggestive botanical imagery a fig leaf for the direct expression of transgressive desire in the poem’s opening lines; that Longley sees the need for disguise suggests unease about the poem’s reception, both critically and in a broader cultural setting.

Also in The Ghost Orchid is ‘Ceasefire’, first published in The Irish Times a few days after the first IRA ceasefire in August 1994. The poem selects four moments from the meeting of Achilles and Priam at the close of The Iliad, after the death of Hector, Priam’s eldest son and heir to the Trojan throne.

The poem’s position in Gorse Fires – between ‘The Campfires’, in which fifty thousand troops wait for an attack at sunrise, and ‘The Helmet’, in which Hector wishes bloodthirstiness on his infant son – suggests an awareness of the ceasefire’s contingency. The war will continue, Achilles will be killed by Priam’s son Paris; and both Priam and Astyanax, Hector’s son, will be killed by Pyrrhus, son of Achilles.

Although ‘for the old king’s sake’ hides Achilles’ fear of retribution in the original, the poem’s formal breaks hold the action suspended in time between one phase of the Trojan war and another; even section IV, occurring in the original before the action in section I, envelops the narrative and embodies a process of continuous forgiveness, empathy and love. The catalogue of revenge killings are replaced by Achilles’ recognition of Priam as a surrogate father, and, after the gift of food and funeral rites (itself a manner of hands-on care-giving), by a moment of calm, physical intimacy. Once again, Longley figures an embodied kind of homosocial bonding (bearing in mind the three appearances of ‘hands’ in such a short poem) as central to a healing process that counters violence and death.

Dave Coates is a second year PhD candidate at the University of Edinburgh, writing on Louis MacNeice and Northern Irish poetry. He also writes reviews at davepoems.wordpress.com, which in 2015 won the Saboteur Award for Best Reviewer.

View all posts by Dave Coates →