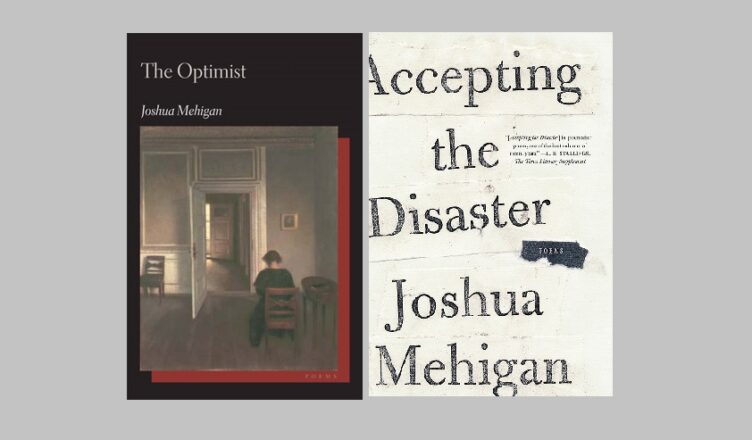 From the perspective of English critics, poets and readers, it’s impossible to separate Philip Larkin’s qualities as a poet from his country of origin. He’s such a quintessentially English figure that any assessment or evaluation of his work inevitably gets weighed down by social and political baggage. Of course, foreigners come at his poems from an entirely different point of view. By reading and understanding other nationalities’ opinions of Larkin’s poetry, the English can consequently come back to his writing with fresh angles, learning to share a new freedom from loaded connotations, homing back in on the poems themselves.

And then there’s also a further, more decisive step that’s available: the exploration of Philip Larkin’s influence on foreign poets. In Spain, Karmelo Iribarren is a prime example of someone who namechecks Larkin on a regular basis. Ibribarren’s fame and popularity have leapt in recent years, and he’s yanked a whole mini cohort of Spanish poets in a surprisingly, Iberia-drenched, Larkinseque direction.

However, Larkin’s reach in Spain, for example, is inevitably limited by the otherness of its language, metre and cadence. The US, on the other hand, is a completely different kettle of fish in terms of connections and cross-pollination for English-language readers and poets. As mentioned above, the discovery of Larkin’s underlying presence in contemporary American poetry might well come as a surprise, but it’s also a huge opportunity for the English to reassess Larkin’s value with the benefit of an additional, nuanced and international vision.

Several excellent examples can be found in the work of Joshua Mehigan. In his two full collections, The Optimist (Ohio University Press, 2004), and especially the outstanding Accepting the Disaster (Farrar, Straus and Giroux, 2014), one of Mehigan’s many achievements is to stamp his own idiosyncratic and specifically American aesthetic and outlook on his poems while simultaneously exploring his interpretations of Larkin’s techniques in numerous ways.

First off, there are explicit comparisons between poems to be drawn, such as Mehigan’s ‘The Festival’ (which appears in The Optimist). It’s reminiscent of Larkin’s ‘Show Saturday’, though both are specific to their place and time, and both strike an authentic note. Larkin homes in on…

And from Accepting the Disaster, here’s a poem titled ‘The Professor’, which filters Larkin’s ‘A Study of Reading Habits’ through the experience of teaching Creative Writing in the US, coming to the following conclusion…

However, Mehigan’s assimilation and transformation of Larkin’s influence also runs through his work implicitly. It’s often present, for instance, in his use of natural speech patterns (translated in an American idiom, of course) combined with metre that’s often iambic (as in the above extract) and rhyme that’s so natural as to become unobtrusive. The closing lines to ‘Down in the Valley’ in Accepting the Disaster provide one such example of the latter:

Moreover, it’s worth taking this couplet and placing it alongside the ending to another poem, ‘Here’ (the title of which is another nod to Larkin), which states: ‘Nothing here ever changes, till it does’. Juxtaposed like this, Mehigan’s two poems seem not only to establish a conversation with each other but also extend that dialogue (maybe even debate) to include Larkin’s words from ‘I remember, I remember’…

Furthermore, in terms of themes, while the two poets might first seem very different, a comparison of their approaches yields a fair few points in common. Larkin’s perspectives on English landscapes appear initially opposed to Mehigan’s brownfield sites, but they are united by certain shared concerns. In this respect, one of the most striking poems in Accepting the Disaster is ‘The Smokestack‘, which ends as follows:

In ‘The Whitsun Weddings’, Larkin’s arrow-shower swells as the poem reaches its finale. In Mehigan’s ‘The Smokestack‘, the smoke spreads. In both cases, their significance is indicated by those semantic links, the verbs in question expanding back over their preceding lines and out beyond the poems.

When comparing ‘The Whitsun Weddings’ and ‘The Smokestack’, it goes without saying that the two societies and contexts are extremely different. As a consequence, Mehigan makes no attempt to ape Larkin’s vision. Instead, he takes the English poet’s use of the everyday, as expressed via taut turns of phrase, always woven with delicately controlled, precise leaps of imagination, and transforms it into the epitome of an American industrial landscape. Furthermore, both poets are fond of demonstrating their profound interest in working people and their surroundings, in the dynamics that are established and in the ambivalences that are inherent in the relationships between them.

In other words, it would be a grave mistake to label Joshua Mehigan’s poetry as derivative. His work possesses its own personal thrust, layered with many implicit influences that are all filtered through his fully developed poetics. On the other hand (at least from an English perspective), an unhurried reading of Accepting the Disaster not only provides great pleasure in itself, but also leads back to a re-reading of Philip Larkin’s poems in a completely new light. As so often in the past, transatlantic poetic exchanges enrich both cultures, the differences highlighting just how much we have in common and to how great an extent our non-literary prejudices colour our enjoyment and judgement of exceptional poems. Oh, and it’s worth invoking another truism in conclusion: on occasion, an outsider arrives to show us the value of what we’ve already got and have tended to ignore or disparage for far too long.

Matthew Stewart works in the Spanish wine trade and lives between Extremadura and West Sussex. Following two pamphlets with HappenStance Press, both now sold out, his first full collection is The Knives of Villalejo (Eyewear, 2017). He blogs at Rogue Strands.