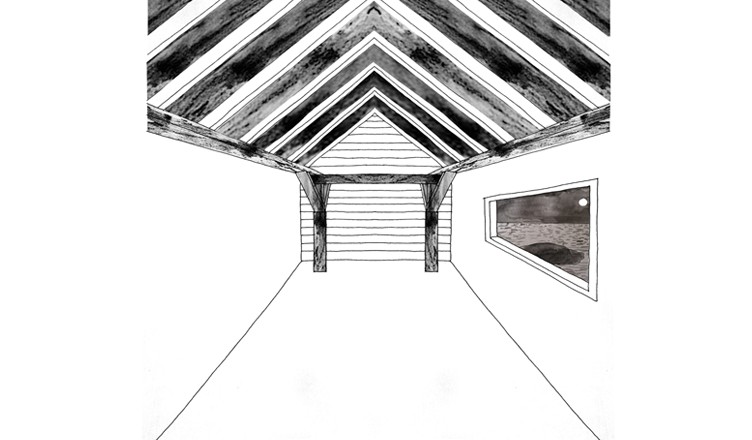 Les Murray is Teflon to generalisation. Ages ago in Areté, Jeremy Noel-Tod made an overview of his poetry which was acerbic and funny and rigorous and contained only one wildly unfair sentence: after quoting a complaint of Murray’s against the expectations of an ‘enforced [literary] style’:

In these times of stylistic poly-tolerance, Murray never exceeds the contemporary norm: biographical, family-based pastoral, mostly making prose sense, with a regular quota of onomatopoeic touches and ingenious visual simile, an eye for little ironies, an ear for occasional colloquial flavourings, presented in an open, personal way which posits the poet as an educated man of the people, given to meditation on morality and mortality.

This is the sort of thing which one might concede on one’s first read-through. All of the charges, after all, can be fitted to one aspect of Murray or another: biographical poems (check), family-based (check) pastoral (check), prose sense (check), onomatopoeic touches (check), and so on. The problem comes when one tries the charge sheet against an individual poem.

‘The Lake Surnames’, for example – picked semi-randomly from the thirty or so Murray poems I can turn to in the big book without thinking. Two men are talking in a restaurant near a lake. One tells a story about how he was run aground on the mudbank, and was rescued by local fishermen: ‘They were frightening actually, / real inbred faces, Deliverance people’. Then time stops (‘For an instant, rain rattles at the glass’) and the poem switches mode into six descriptive quatrains. A particular dwelling in rural Australia is sketched out, but the inhabitants are kept deliberately vague, either by agentless verbs (‘a nesting snake, who’ll be killed when discovered’ – by whom?) or visual blurriness (‘a figure fishes spoons from scalding water’). And then ‘with only the briefest pause’ we’re back in the restaurant, where the second man ‘answers’ (although he hasn’t been asked a question). We’ll come to his answer in a minute.

None of this maps on to much in Noel-Tod’s checklist. Onomatopoeic touches – maybe a couple, in the first stanza of the inset section?[1] If there’s a single visual simile, I can’t find it (‘caramel dark’ the closest, but the ground there is surely non-visual: it’s richness and stickiness). Occasional colloquial flavourings, fine (though the represented speech seems to me more than a flavouring – everything, apart from ‘your own surname’ and ‘when we saw them by torchlight in their boat’ perfectly natural). Open and personal presentation, no; in fact it seems to actively resist the personal pronoun. The poet surely not posited as anything; Murray narrates only a two-sentence intro and the descriptive inset stanzas, which ‘meditate’ solely on the building being described.

However, the poem, and these descriptive stanzas especially, contain a great deal which is characteristic of Murray.

I can’t think of a poet more easily identified from his felicities. The ‘crisp bat’, for instance: close observation of the natural world captured in a perfectly-chosen adjective, which also gives us some the housekeeper’s delayed reaction (crisp sheets are what one expects in a guest room). The tactility of the description; one only knows the tins and nails ‘stick’ if one imagines trying to pick them up. How thoroughly it traces his idea of this particular room: the room as a physical space, the room as the location of a particular historical event, the room in public language (‘guest room’), the room as it is actually used (‘parent’s room’), the room as it is named in private language, the room as its contents. I’m wary of identifying anything as mimetic of ‘the movement of thought’ (different people’s thoughts probably move differently), but these stanzas feel appreciably close to how I think I think.

One more Murray-esque feature: the occasional weakness of the linkages. ‘Triangular / too’ should refer us back somewhere, but even skipping up one stanza the only candidates are the cabin’s kitchen window, fireplace, and door: all unlikely. My guess is that what’s intended is just an emphasis on ‘is shared’, ‘the shared dark up under the rafters is [both] caramel and triangular’, but this seems to insist on the separability of ‘triangular’ as a perception.[2] The last of these descriptive stanzas contains a similarly poor piece of joinery:

That ‘but’ which is no but is one of Murray’s stylistic tics; more of his poems are ruined by shoddy syntax than anything else. (But Murray is Teflon to generalisations; in the fine elegy for his father, ‘The Last Hellos’, the syntax is similarly unmappable and intractable, and has become the poem’s source of line-to-line vitality.) The level where he dazzles is the clause, the made phrase, very often the individual word. ‘The Lake Surnames’ was first published in 1987 – twenty years later, the insight and access in that choice of ‘streaming’ would be an unexceptional part of every Internet user’s daily life.

It’s the structure of ‘The Lake Surnames’ which most confounds Noel-Tod’s portrait of Murray as an unimaginative, conventional ‘prose sense’-maker. After the six inset stanzas, the scene snaps back to the restaurant, and the poem closes with this reply:

The note here, surely, is the gentle reprimand, and the fault must be his companion’s crude stereotyping of the fishermen (‘Deliverance people’). Equally surely, the reprimand is opaquely delivered. It must be important that Palmer’s surname is common around the lake, otherwise Murray wouldn’t have wrenched the poem so much to tell us, leaving us with the redundant absurdity of ‘your own surname’. But what could it have to do with anything?

Perhaps we can find a greater purchase on his last words: ‘And more at ease’. Being ‘at ease’, I suggest, is the particular virtue the poem is describing. To be at ease is to be unfrightened, to be disinclined to hysterical generalisations like ‘real inbred faces’. Part of being at ease is knowing people’s names; another part of it is being able to imagine their style of life (Palmer is frightened because his view of them is so partial, ‘by torchlight in their boat’). Hence the central stanzas – before the poem’s moral clicks shut, the reader is given an exemplary case of putting oneself at ease, figuratively inhabiting another person’s life (style of life) by inhabiting their home. We are shown the absence of a virtue, the practice of the virtue, the recommendation of the virtue – and only then, in the final word of the poem, is the virtue named for us. Hence the business with the surnames: being at ease is being at home, and Palmer, opaquely, strangely, has arrived home.

This fairly straight-laced account could be made more speculative. Several of the lake surnames, for instance, carry slight or sly Christological connotations. Christ converted people by the Lake of Galilee, and made play with people’s names. The snake mentioned above is nesting in a (broken) radio – a talking serpent! Alternatively, one might try and identify the lake and cabin mentioned; the cabin seems to borrow elements from the cabin Murray shared as a young man with his widowed father, which would make the lake Wallis Lake (20km from Bunyah); but I don’t think the house being described is a simple memory (cf. the ‘English housekeeper’).

One word from Noel-Tod’s charge sheet I have avoided mentioning. ‘Pastoral’ is an odd accusation to fling at Murray. Taken historically, it refers to a deliberate simplification of a poem’s setting (normally rural) in order to pay closer attention to some element of argument or lyric: describing an idealised love between stereotypically archaic shepherds, for example, in order to avoid discussion or implications of how love actually functions in contemporary society. It operates as a thematic version of a diction, as Donald Davie defined it, a deliberate exclusion of certain elements from the sphere of the poem in order to create a particular poetic effect. Doubtless it can have malign effects, as in Marie Antoinette’s mock-peasant hamlet, and doubtless these malign effects have contributed to the mode’s unfashionability. In critical usage today it is almost entirely derogatory.

I can imagine how the charge might be made to stick against a poet like Seamus Heaney. Heaney does, perhaps, rely on a fairly restricted imaginative vocabulary in order to achieve his miraculous effects of sound. George Mackay Brown, from whom Heaney learned a great deal, certainly does so; there are objects which one simply can’t imagine in a Mackay Brown poem. (This is an extension of the term pastoral, however; Mackay Brown’s fishermen are real fishermen who happen to live through their remoteness among a curtailed set of objects and relations, unlike the toy shepherds of Spenser.) But this is the exact reverse of Murray.

The joyous reworking of Dante reworking Eliot (‘I had not thought death had undone so many’), the metaphor which seems to descend out of nowhere and light on anywhere (‘beans upright like lecturing’), even the plain statement (‘Unfolding into reality […] // like edible meanings’), all contrive to bring across a single affirmation of copiousness. I can imagine preferring Murray’s poem to MacNeice’s ‘Snow’ – although Murray works harder, certainly, to achieve the same effect, and never hits on a formulation as perfect as ‘the drunkenness of things being various’. But the plain detachability of MacNeice’s phrase argues against itself (‘The Broad Bean Sermon’, as I’ve just discovered, is almost unexcerptable), and any defence of copiousness must surely endorse sprawl, mess, imperfection, simultaneously. Is it special pleading to say I even enjoy its false notes and redundancies? – the modulations of ‘cloud’ and ‘hour’, the sense that Murray has forgotten ‘frown-shaped’ by the time he gets to ‘templates for subtly broad grins’.

But this is generalisation, and I stand by my earlier point. Instead of a conclusion, then, a list of poems from his last two books, intended to convince someone who liked a few of his early poems but thinks his recent work is less good. From Taller When Prone, ‘Observing the Mute Cat’, ‘Daylight Cloth’, ‘Wrecked Birds’, ‘Winding Up At The Bootmakers’; from Waiting for the Past, ‘Child Logic’, ‘Growth’ (his best poem of the twenty-first century for my money), ‘Clan-Sized Night Chanting’, ‘Bench Seats’, ‘Whale Sounding’, ‘Jesus Was A Healer’, ‘Maryanne Bugg’. All of these, I think, are considerable poems. But any poems of his I read in a sort of agog stupor. Like Frost and Wordsworth, he is a poet who manufactures partisans.


[1]      No-one should take anyone else’s onomatopoeia on trust, so: the line I have in mind is ‘drips lamplight-coloured out of soot’, which I take as slightly mimetic of the ‘rain rattl[ing] at the glass’. Murray perfects this effect in a recent poem, ‘Visiting the Rivermouth’: ‘Lamplit rain incessant’, capturing both the large drops actually hitting the window (‘-plit’) and the rain further back as well, in the drawn-out sibilance of ‘incessant’. Incidentally, I’m not sure ‘a regular quota of onomatopoeic touches’ has been a requirement of any contemporary norm since Tennyson’s.

[2]      Alternatively, this refers forward in the poem, to the ‘double triangle of a kerosene-tin sink’. (A makeshift rural sink – the rectangular kerosene tin has been sawn in two.) It is plausible, I think, that the stanzas were originally in a different order, the fourth and fifth coming before the second and third, and when the poem was redrafted, the remnant ‘Triangular / too’ went unnoticed.

John Clegg was born in Chester in 1986, and grew up in Cambridge. In 2013, he won an Eric Gregory Award. His second collection, Holy Toledo!, was published in 2016. He works as a bookseller in London.

View all posts by John Clegg →