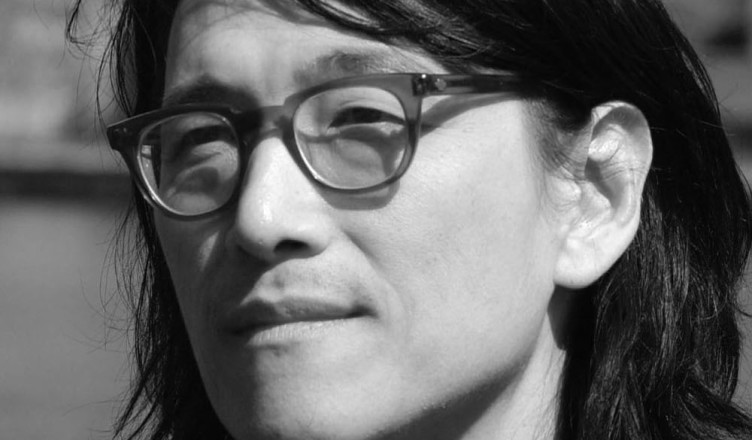 A poet must perpetually ask the question, explicitly or implicitly, ‘What is it?’ What are the plants, animals, objects, etc. with which we share and compose our lives? Like the unnamed child in Walt Whitman’s Leaves of Grass who asked, ‘What is the grass?’ demonstrating that the simplest question can lead to profound inquiry, poets require a Beginner’s Mind and the psychological flexibility to allow for physical forms, the intrinsic nature and meanings of things to change. It’s as if poets retain a childlike capacity to endlessly ask what everything is. And children rarely ask a question once and for all; repetition is threaded into how they acquire language as they sing-song new words and phrases into their vocabulary. Moreover, the poem is a place of beginnings and of language acquisition; poets often require readers to relate to language in unfamiliar ways. In the context of a poem, words are wrestled loose from their more accepted associations and from offering reference points that appear to be fixed. In American poet Li-Young Lee’s ‘Always a Rose’, roses are described in a plethora of different ways. In vignette 3, a rose is ‘one part soil, two parts root, and all the filaments of rain’. A rose becomes much more than its prominent extrinsic features. And in that way poets can ease and rewire the links between the signifier (the word or symbol) and the signified (the object or thing it represents). Language, which we often take for granted thinking that we understand it as communicators, is remade and re-envisioned through poetry. Through tinkering with words, the world can be experienced anew and as if for the first time.

And it was the sensation of knowing something for the first time that captivated me when reading ‘Always a Rose’. I had the distinct feeling of never having truly known what a rose was before reading the poem, such is the dynamic and nuanced nature in which the rose is portrayed. There is a term that botanists and horticulturalists use called ‘plant blindness’, which refers to modern humanity’s lack of familiarity with plant species and our tendency to see plants only as decorative background. This is certainly true amongst people and cultures whom see themselves as separate from nature. However, most people, no matter how urban their environment, would likely be able to identify a rose. In places like the US and UK, roses are used to commemorate a variety of occasions from weddings to funerals. But I would like to propose that there is a kind of plant blindness that comes from the proliferation of a plant species similar to the way that a word or phrase becomes cliché and banal due to overuse — this is likely what’s happened to the rose. Using the rose as a motif throughout a poem made of ten vignettes could become trite if rendered by a less skilful poet. But Lee is able to keep discovering and revealing the rose throughout the poem, giving the reader multiple layers of the rose’s personal, symbolic and intrinsic natures. And so the central question that I would like to explore in this close reading is how Lee helps readers to see the rose anew.

Lee doesn’t take for granted that he knows what a rose is. The poem begins with the speaker asking the essential question – What is it? Vignette 1 begins:

In this context querying what something is — not just what it’s called — acknowledges that the rose has more to offer than its label or name. The rose has hidden depths that must be sought after. And Lee begins to rouse the hidden depths of the rose by using a romantic sentence construction reminiscent of a scene in Shakespeare’s Romeo and Juliet. In Act II Scene II set in the Capulet’s orchard, Romeo says ‘…what light through yonder window breaks’ as he risks his life by standing in rival territory. Juliet is Romeo’s opportunity for a fuller life through love, and so he foregoes his instinct towards self-preservation. Shakespeare’s scene hints that love can perhaps supersede death, a theme that Lee grapples with throughout ‘Always a Rose’. Returning to Lee’s initial question, he desires to know the rose as one would want to know a love interest or to preserve the memory of a beloved companion. And similar to the Shakespearean scene, there’s both foreboding and longing. But immediately following the question is an answer that affronts common sensibilities. The reader isn’t offered an image of a pristine rose of romantic beauty but something more complex and sinister:

Lee’s hauntingly ominous image of the rose stripped of its familiarity and romantic associations allows readers to begin reacquainting themselves with this flower. Lee quickly takes us from known into unknown territory, from the rose that the reader may have in mind to the kind of rose that Lee wants his reader to see – a kind of tortured rose, a site of turmoil and the ideal motif through which to explore the contradictory ideas that the rose represents as well as the speaker’s complex relationships. Lee ends the stanza with ‘…I know now,/ as if I’d never known, this/ black shape within the night’s black shape’.

The next step in the sequence of the poem is to revive the rose. This action has both literal and symbolic significance as the tension between revival and death occur throughout the poem and are symbolic of the poetic process. Vignette 1 stanza 2 states:

Just before this excerpt, Lee’s speaker lists the other flowers that were lying among the rose; daisies, lilies, palm and fern are included in the hopeless dead. However Lee chooses to revive the rose which is not completely dead, it’s petals are still supple. The implication of these actions appearing in the poem suggests that in order to alleviate our plant blindness we must be willing to behold and directly interact with the plant subject. As mentioned previously, there are parallels between the alleviation of plant blindness and the work that the poet must do. This work often involves a kind of revival or revivification of subject matter through the process of creating a poem. What we can attend to as human beings is limited. We are bound to forget things, to under-appreciate that which is beyond our awareness or take for granted what we think we know. But the poet’s work is to constantly revive what has for too long gone out of our span of perception. The poet’s job is often to pluck one or two items from that heap of hopeless dead in order to, for the duration of the poem, revivify it.

Another way to revive a subject is to explore its mysteries. Lee uses the rose and its symbolism to ask irresolvable questions. One such conundrum is whether the poet can cheat death. The death of Lee’s father, who was a presbyterian minister and a person whom Lee both revered and at times feared due to his father’s disciplinary nature, is the principle loss in this poem. But other losses of family members and loved ones occur throughout and are commemorated with roses. A common refrain in vignette 5 which reads like a benediction is ‘Let there be a rose for her/ him’. Each time the repeated line is stated, the memory of the person being honoured is revived. Poignantly in vignette 8, Lee asks:

Essentially, can he make this moment last forever? Can love conquer death? Throughout the poem there’s a sense of danger that the rose will again fade into the background, that it will lose its ability to captivate the imagination, that it will die. And alongside concerns about the rose’s finite nature is the danger that the poet and those whom he loves will also irrevocably fade into the background. But the poet fights against this inevitable end, the end of the poem and the end of life.

A Rose By Any Other Name

There’s also a kind of revival of the rose that occurs through naming and the use of homonyms. In vignette 8, Lee again invokes Shakespeare’s Romeo and Juliet Act II Scene II. This time the reader is reminded of Juliet’s lines, ‘What’s in a name? That which we call a rose/ By any other word would smell as sweet.’ With these lines Juliet argues that the essence of the rose is more important than what it’s called, the rose of course is a metaphor for Romeo and his surname being symbolic of what stands in the way of their love, i.e. Romeo’s family name precludes him from having a relationship with Juliet. Likewise, Lee doesn’t want the name ‘rose’ to cause himself or the reader to be disconnected from the rose’s essence. The idea here is that the term ‘rose’ comes with baggage that could interrupt the connections that the author attempts to forge; think of the plant blindness in response to familiar plants that I described earlier. However, to re-name the rose could not only free the rose from worn associations but also release more of the flower’s essence:

The heaviness of these names is immediately apparent. It’s the kind of weight that comes with bearing a burden of grief, particularly the grief of Lee’s father’s death and the knowledge that all life comes to an end. But there is a sustained tension between the symbol of the rose as everlasting and the association of the rose with death, which is beautifully rendered by moments of sermon-like cadences and repetition, aided by the kind of storytelling one might expect from a minister, alongside a revving up that doesn’t reach a final crescendo. There are some homonyms that Lee plays with as well such as ‘rose’ meaning the flower and ‘rose’ being the past tense of ‘to rise’. So quite literally, to read the word ‘rose’ is to be reminded of resurrection. Lee presents the conundrum of whether love can overcome death in such a satisfying way and yet never offers a resolution. Once having been saved, the rose itself becomes a saviour for each time the rose is mentioned/ resurrected it brings the reader hope, it’s a kind of salvation and reassurance that this instance, at least, is not the end, a glimpse of an eternal life.

As a reader of ‘Always a Rose’, I never had the impression that the essence of the rose could be exhausted, that Lee would eventually run out of steam. In glimpsing the rose in various manifestations from changes in coloration to bitter flavours and sweet smell — utilising all of the senses — we as readers get to experience the rose anew but also something of the finite and the eternal, that which exists beyond all earthly forms. Lee manages to write extensively about the rose and yet never reveals its secret, leading to a satisfying yet ill-fated desire (for all things come to an end) as we explore the mysteries of human existence.

You can view Li-Young Lee’s ‘Always a Rose’ online here and in print via his selected poems, From Blossoms, published by Bloodaxe.

Zakia Carpenter-Hall is an American writer and teacher who lives in England. She is a winner of Poetry London’s inaugural Mentoring Scheme, has published in Callaloo Journal, Magma and elsewhere. She has an MFA in Creative Writing from Kingston University in London and her chapbook is entitled 'Event Horizon' (Sampson Low). Her poetry review ‘Traversing Borders of Air’ was recently published in Poetry London.

View all posts by Zakia Carpenter-Hall →