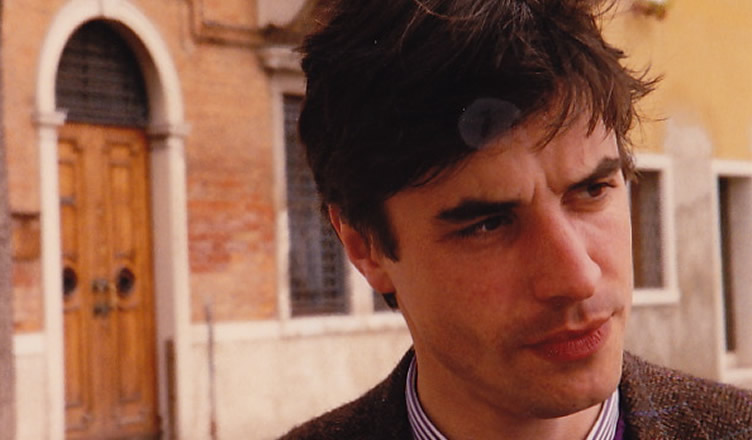 This is a review by Mick Imlah of Michael Hofmann’s collection Corona, Corona, first published in the TLS in 1993 and extracted here from Mick Imlah: Selected Prose, ed. André Naffis-Sahely and Robert Selby, published by Peter Lang in 2015.

The death of the German writer Gert Hofmann this summer may seem to have deprived contemporary English poetry of one of its most produc­tive enmities. The second half of his son Michael’s brilliant collection of poems Acrimony (1986), dedicated ‘For my Father and Mother’, consisted solely of poems of hate for the incommunicative monster with ‘anal pleats’ beneath his eyes – an honest, vulnerable, unmalicious hatred, laid out with skewering precision. But the complete success of this sequence exhausted its source, and the long interval between Acrimony and its successor sug­gests that Michael Hofmann has already had to retrain himself to raise new poems without the presiding ogre of the old.

Corona, Corona is dedicated ‘For my kids’, but we don’t see much of them; Hofmann will have found that better feelings don’t necessarily make better poems. ‘From A to B and Back Again’ is a maternity hospi­tal poem made from a typically clinical correspondence – between the scars on his wife after childbirth and the tracks on the underground line by which he travels to visit her; and the loyal address to ‘my brave love’ falls awkwardly among its scalpelwork. The small core of autobiographi­cal poems here are buttressed on either side by ten pieces on other lives (though the choice of subjects – Marvin Gaye, slain by his father, and the father-slayer Richard Dadd – are consistent with the old acrimony), and by a lighter series based on the poet’s travels in Mexico – a holiday from, or at least a displacement of, his essential concerns. The book as a whole may therefore look slight by comparison with its awful predecessor. Yet if the family stimulus is no longer such an unusually fruitful one, Hofmann is far too good a poet for us to be disappointed for long in any book of his.

There is, after all, the texture of the writing itself. Hofmann’s line has been called prosaic. But while the rhythms are certainly depressur­ized, every word feels artfully chosen and placed, and the vocabulary is phenomenally rich. The syntax crumbles frequently into lists of nouns, into one-line inventories of landscapes or interiors: ‘The soil was cedar chips, sprinkler heads and ants’ (of poolside Florida); ‘long panoptical / galleries, spider-plants, whippets and double-gaslights’ (Bethlem Hospital); ‘Dry air, manila light, cardboard and silence’ (aboard the ‘brick ship’ of Victorian science). Such lines give their poems a dense physical ground­ing, but they are also capable of diseased lexical harmonies akin to rhyme: ‘all pocked, opaque, Venetian, venereal’; ‘ancillary, bacillary blocks of anthrax’; ‘pruned willow, prunes and the WI’.

There is nothing prosaic, either, about an imagination whose way of thinking in shapes often brings geometry to mind: not just in incidental diagrams, like those of Hart Crane (the homosexual poet who drowned himself) as ‘a power vacuum ringed with lifeboats’, or ‘standing on Brooklyn Bridge / with the US Navy steaming between his legs’, but in the materials and organization of whole poems. ‘Wheels’ is a delightful understated meditation on time, working through television’s round of ball-games and car-chases:

– to end in another choice scrapheap of nouns, of broken tellies, dumped cars and people whose wheels have come off: ‘wheelchair hulls, rhombuses, stalled quartz’. If Hofmann has been afraid of stalling, there is enough evidence in Corona, Corona of tentative forward motion. It is present in the almost pretty closing quatrain of ‘Shivery Stomp’ (which pursues Malcolm Lowry – another lost father-figure – through a links landscape), the last two words of which suggest the territory of lesser trauma that his poems are now free to play in: