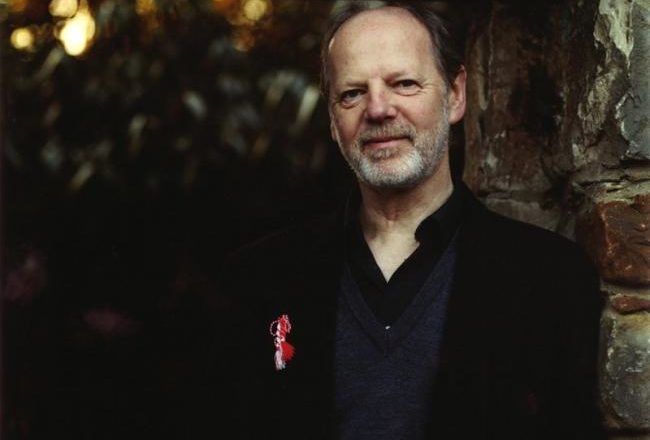 I told him (hoping to impress him) that I wanted to write an article on his poetry. He rolled his eyes and let out a half-hearted ‘Whoopee’… We both laughed, although I was a little miffed, and then forgot all about it. This was sometime in 2013, I was doing a PhD at Glasgow University and commuting to the city a few times a week from Stirling. Somehow I’d got into the habit of having a weekly coffee and a chat at Tinderbox on Byres Road with Alexander ‘Sandy’ Hutchison, the poet. Fast forward to 2020 and Sandy has been dead nearly five years. Although his death provoked an outpouring of encomia, there’s still only one good critical article about his poetry out there, written by David Kinloch (for Duncan Glen’s last little magazine Z2O). Sandy must have known that my friendship with him rendered me incapable of vivisecting his poetry in cold, clinical academic prose, and I thank him for pouring cold water on the urge from the start. I’m too close to the man to separate his robust, generous presence from his singular body of work, but at least I can attempt to spell out here why it means so much to me and deserves to be much better known.

Where did I first meet him? I think it must have been at the Arches (a now defunct bar / music venue) in Glasgow, in 2011. I was reading at the launch of a student literary magazine and Sandy was in the audience with a few other people who would later become ‘weill-kent’ faces to me. Not that Sandy and his retinue were there to hear me, they were waiting for a much more important poetry reading upstairs. At some point I was reunited with him and his party and we ended up sitting down and chatting. Someone complained about the quality or cost of the wine and Sandy disappeared. A few minutes later he reappeared and opening his overcoat like a wartime spiv – he’d just raided a nearby Marks and Spencer for small ‘one-glass’ bottles of wine and nibbles. That was one thing you quickly learned with Sandy, if you went out drinking with him, expect to be fed as well. I’ll never forget his horror when he once ordered white-bait at a pub and I told him I was a vegetarian. Another time, at the Bon Accord in Glasgow which later served as the venue for the reception after his funeral, he coerced me into having his soup because he wanted haggis, neaps and tatties and it was only available as a two-course-meal option.

What was my last memory of him? In person, it was in June 2015 at Main Point bookshop, Bread Street, Edinburgh. We were there to launch a book I’d edited called Finishing the Picture: The Collected Poems of Ian Abbot for which Sandy had provided a few reminiscences of Abbot, whom he’d known as a friend. Abbot (1947-1989) died in a car crash near his home in his early 40s and his remarkable poetry has all but vanished from view in the years since. For the launch, Sandy gave a wonderful introduction and then flew into song, a rendition of Kavanagh’s ‘On Raglan Road’ – he was known to sing at the drop of a hat. (Tessa Ransford, Sandy’s mother-in-law and also a staunch champion of Abbot’s poetry, had also provided her own memories of Abbot, but she was too ill to attend the launch. She died in early September that year of pancreatic cancer, the same disease that would kill Sandy in November.) Physically, Sandy looked hearty as ever, and he was in great form, but he’d been grumbling of pains like trapped nerves that no physio could remedy. Before we said goodbye, we went to a pub round the corner for a beer or two and I recall being force-fed veggie ‘hot dogs’ at Sandy’s insistence. Once back outside, we hugged, went our separate ways and that was it.

In retrospect, I do wonder if he’d already received his awful prognosis by that point, but refused to admit to it or let it outwardly affect his spirits. By 2015, I was living in Belgium, and when I heard he was seriously ill, I resolved to fly back to see him. We exchanged emails, and he said he was looking forward to seeing me. Next thing I knew the post brought a letter from Sandy, all that was in it was a cheque for £150 and a post-it note saying: ‘Equinoctial bursary, S’. It was about a week before I was due to fly out that I heard he’d died, and so I used his bursary to pay for a flight to attend his funeral. In his last few years, Sandy had been able to enjoy quite a re-efflorescence in his work: not only was he writing poems, he was also publishing at a very healthy rate too. Of particular note is his 2013 pamphlet-length poem sequence Tardigrade, an ambitious, scientifically-informed meditation on what it is to be alive, whereby the human is reconciled with the tardigrade and vice-versa:

From his early and sometimes rather thorny modernist poetry of the 1970s in Deep-Tap Tree to his final, and arguably finest collection, Bones and Breath (2013), Sandy had maintained a deeply humane and ludic approach to his art. A poet of tremendous erudition worn quite lightly, his last poems are characterised by a greater accessibility and a broadening of the heart and spirit. Whenever I argue or fall out with someone now, there is a refrain from a poem of Sandy’s that plays on a loop in my head (there’s also a wonderful recording of him reciting it on YouTube). In many ways the poem ‘Everything’ has all the elements of Hamish Henderson’s ‘Flyting o’ Life and Daith’, which in turn owes its songful power to William Dunbar’s ‘Lament for the Makaris’:

One fleeting memory I have of Sandy is sitting together in the café at the Mitchell Library in Glasgow for the 2014 AyeWrite Festival. At some point an elegantly turned-out old man sits down at the table next to us. I do a double take: it’s the poet and novelist William McIlvanney and I’m rather star-struck. Sandy finds my fan-boy zeal funny (he was, after all, a man who’d known Basil Bunting as a friend). I want to tell McIlvanney how much I like his books, not because I think my opinion matters but because it’s in the spirit of Sandy’s poem above. In the end I chicken out. In November 2015 Sandy died, and was followed in December by McIlvanney – ‘everything is vanishing’ indeed, and I wonder if I ever did let Sandy know how much his work meant to me.

Perhaps one of the reasons why Sandy’s poetry has not been more widely discussed and valued is the fact that there is a curious geographical essentialism that influences the reputations of poets. In the 1960s, Sandy moved to Canada for work and in the 1960s and 1970s lived between Canada and the USA, returning to Scotland in 1984 (first Edinburgh and then settling in Glasgow). It seems that academics, reviewers and readers alike love poets who stubbornly stick to a place and then try to write poetry out of that locale – think of Charles Olson, for instance, and all the fuss he made about ‘polis is this’. It can be an adoptive place, but it’s the sticking to it that seems to matter. Writers who move far away early on in their careers and then make a homecoming are often coldly received, as if it’s a betrayal of place or a show of fickleness. It’s almost as if movement dissipates the impact of the work. I am not talking here of genuinely diasporic writers – those who move due to powers out of their control, those who must escape something, I am merely talking of writers who decide to move because they wish to, or for work, for this sort of movement if often viewed as decadent, or an affectation. This is surely a great shame, because poetry is often the music of experience and travel, if anything, widens empirical vistas.

I know it’s a very vexed and recurrent question, whether or not we should let the personality of a writer influence our approach to their work, and I confess that I have little time for the New Criticism school that treats (nay, fetishises) the text only as ‘verbal icon’. For me, both the poet and their work are sacral, as is the value of friendships in a literary world that can sometimes be far too adversarial and sauve qui peut. Of course, the mortal poet dies and the poems live on and if they’re well-written enough, they speak for themselves. Alexander Hutchison’s poems certainly are built to last.

Richie McCaffery divides his time between Ghent, Belgium where he lives with his Flemish wife and the UK. He has a PhD in Scottish literature from the University of Glasgow where he was a Carnegie scholar. He has had two collections - 'Cairn' (2014) and 'Passport' (2018) - published by Nine Arches Press. His essays on poetry have been published in places such as Studies in Scottish Literature, etudes Ecossaises, Scottish Literary Review and The Dark Horse. His poems have appeared in journals such as The North, Oxford Poetry, Ambit, The Times Literary Supplement and Magma.

‘But freedom is not so exciting’: Louis MacNeice’s Autumn Journal