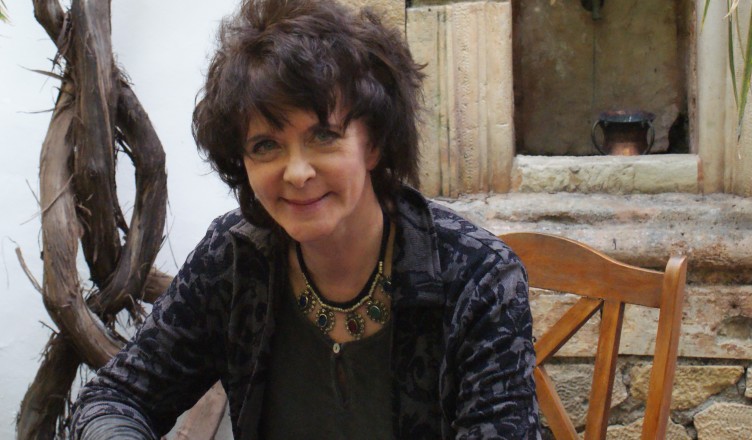 Emerald, Ruth Padel’s new collection (Chatto & Windus, 2018), is primarily an elegy for her mother who passed away in 2017 at the age of ninety-seven. In it, through careful observation of the world around her, Padel has created a nuanced portrayal of the transformations that occur in our lives when we lose someone we love.

The opening poem, ‘The Emerald Tablet’, sets the tone: ‘This is to do with being lost.’ Grief is confusion 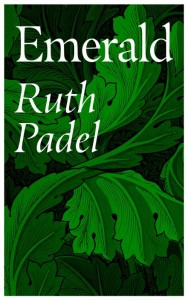 , shock; Padel travels down ‘the black iron nerve of a station I don’t understand’. Loss has left the poet untethered, but this unmooring is not wholly unwelcome: losing her mobile phone and without the ‘little foldout guide’ of routine, she finds herself somewhere ‘unreadable’ which is ‘exactly where [she] was hoping to go’. From this ‘unreadable’ place, the poet is able to write with the numbed clarity that can come in death’s aftermath. This culminates in the idea of alchemy, that ‘above is the same as below’; the poet, here, interprets this as meaning that ‘our loneliness is not alone’ and that the spirit does not ‘keep trying to peel away from the atoms of your body / but is embedded in nature’. This idea of retransformation, that death marks a turning back into the earth from whence we came, acts as a refuge for Padel throughout Emerald and informs many of its other poems.

These alchemical transformations are found again in ‘Nursing Wing’, a poem written with a gentle cadence that mimics the murmuration at the poem’s heart. Padel emphasises the double meaning of the title, moving from the ‘still air’ of the hospital to the ‘shape-shifter silhouette’ of a bird, the last witnessed by her mother. The poet’s observations are focused on the tiny vibrations of air and wing: her mother’s dying breath and the opening of a window to ‘let her spirit out / losing [her] in compound shiftings of the breeze’. It is a depiction of death rendered with the utmost care, a care that resonates especially in the line ‘Forgive me    little-wing    for opening a window’ – the poet, here, illustrating the tenderness with which we move around the dying, their bodies becoming ‘little-wing[s]’ to be nursed and cared for.

If this part of Emerald is focused on such transformations, our eventual return into nature, then the other is grounded in the reality of loss. Although written with great gentleness, these poems do not shy away from a powerful honesty regarding grief. In ‘Clast’, Padel describes how in the last weeks of her mother’s life ‘we were all / cancelling meetings / making long-distance phone calls’, ‘gathering over scratch meals’ and ‘running out of milk’. She depicts the gruelling reality of losing someone, how the process begins before their passing, perhaps for a short while becoming a routine until the final ‘urgency’ that ‘swings in like a wrecking ball’. But even when there was still time, things were left unsaid: ‘We never ask / the bedrock question till too late.’

The poem ‘Intermission’ confronts the management of dying. Padel depicts her mother’s reaction to her last weeks: ‘I’m on the way out / she kept saying to friends and family / daring them to say she wasn’t.’ She appears to be pragmatic, accepting, ‘surprised / how many people want to speak to her     say goodbye’. That their parents had lives before them is something children are liable to forget, often something they only fully realise in their parent’s final days, when they might prefer the end to be something personal, private.

We find solace in the objects the dead leave behind, objects inextricably linked to memories. In ‘Removal Men’, her mother’s outgoing ‘mad bronze over-size speakers’ become for Padel ‘sixty years of listening to Carols from Kings / in a hot kitchen on Christmas Eve’. Each object, each part of the family home conjures its own memories, and Padel finds in these a chronicle of her loss, the experiences she shared with her mother and never will again.

I was most moved by the patient, detailed way that Padel attempts, over and over, to express her grief. In ‘Free to Go’, a specific image is called to mind: Padel describes the moment of losing her mother as ‘her presence    now     the oval of soft grass / where a hare was sleeping a moment ago’. This image is not a showy standout from the rest of the poem; it is quiet, peaceful, natural. Through her soft cadence – and the spacing that allows the sentence to breathe – Padel has given us a powerful image that suggests both loss and acceptance. I believe it is through images such as this one that we can begin to decipher grief; as Padel says herself in the collection’s first poem: ‘All we ever have     are words.’