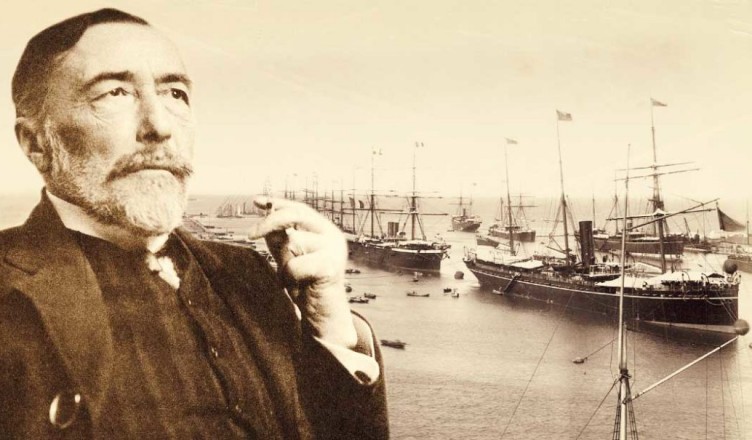 The year 2017 has been declared ‘The Year of Joseph Conrad’ by the Polish Government to celebrate Conrad’s 160th birthday. To mark this, a poetic celebration of Conrad will take place at the National Poetry Library, Royal Festival Hall, on the evening of Wednesday 1 November. The event is free but booking is required. The event’s line-up of contemporary London poets includes Robert Hampson, Agnieszka Studzinska, Karen McCarthy Woolf, SJ Fowler, Saradha Soobrayen, Amy Evans, Harry Gilonis and Edmund Hardy. Below is a response to Conrad by Agnieszka Studzinska.

Notes Towards a Poem

after Joseph Conrad, Heart of Darkness

the apparition of a future

Agnieszka Studzinska has an MA in Creative Writing from UEA. Her debut collection, 'Snow Calling', was shortlisted for the London New Poetry Award 2010. Her second collection, 'What Things Are', was published by Eyewear (2014). She is currently working on her third collection of poetry as well as a PhD at Royal Holloway, University of London.

View all posts by Agnieszka Studzinska →