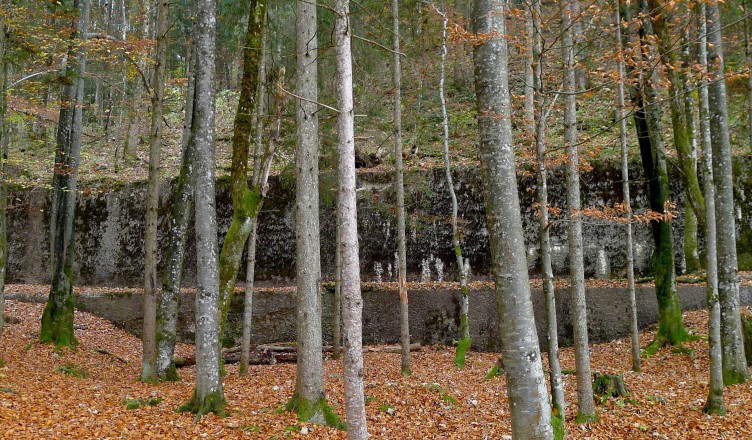 Below are three poems from Will Stone’s most recent collection, The Sleepwalkers (Shearsman). Notes on each poem follow at the end.

The Gang’s All Here

Reading Reck: Friedrich Reck-Malleczewen (1884-1945) was a Prussian aristocrat and novelist, who met Hitler in 1920 and reviled him from the first. Reck opposed the rise of the Nazis, and during the war he kept a diary detailing life under a dictatorship, his growing revulsion towards the regime and his despair at the loss of the old Germany. Reck kept the diary buried at different locations on his estate as a precaution. As a known dissenter, he was arrested in the aftermath of the July bomb plot in 1944, imprisoned in Dachau and shot in February 1945. The diary was never discovered by the Nazis and was published in Germany after the war. A full English translation is now available in various editions as Diary of a Man in Despair.

The Gang’s All Here: This title was taken from the caption ironically awarded to one of the photographs in the so-called ‘Karl Höcker Album’, owned by the Auschwitz-Birkenau Museum. This remarkable album of 116 photographs, discovered in 2006, had belonged to Höcker, a key SS officer at the camp. The images featured life for the SS personnel in the camp itself and also at a nearby rural ‘retreat’ named as Solahütte, which provided a periodic break for the SS from their extermination duties at Birkenau. Höcker arrived at Auschwitz in May 1944 and most of the snapshots were taken over the next six months, before the camp was liberated in January 1945. During the summer and autumn of 1944, 400,000 Hungarian Jews were murdered at the camp.

The photograph in question shows a gathering of the ‘top brass’ including Commandant Rudolf Höss and Dr Josef Mengel, enjoying themselves at the Solahütte retreat. Here the consortium of killers is shown as one, the swaggering bosses in the first row and the faithful lesser executioners ranked up the slope behind them. Meanwhile, thirty kilometres away, thousands of human beings are being gassed, shot, or, when numbers of arrivals exceeded capacity, thrown alive into firepits.

After the war, Höcker spent only seven years in prison and then returned to his post as cashier in a bank until he retired in 1970.

Treblinka Zoo: The Nazi death camp at Treblinka, situated fifty miles north-east of Warsaw, was the site of the most intense human extermination in history. In almost total secrecy, Treblinka operated between July 1942 and October 1943, little more than a year, but in that period consumed hundreds of thousands of victims, the vast majority of them Jews.

The camp was relatively small, a fraction of the size of Auschwitz. In the living area for the SS and Ukrainian guards a ‘zoo’ was created, within a small park area designated as a place of relaxation for the SS. Here Himmler’s finest would unwind after their labours, bathed in the murmur of gently cooing doves. However, the Treblinka zoo was short-lived. Following a desperate uprising by prisoners in August 1943, and with the majority of Poland’s Jews now eliminated, the SS razed the camp in an attempt to destroy all evidence of their crimes. The land was ploughed to bare earth, planted with meadow flowers and a benign-looking forester’s hut installed.