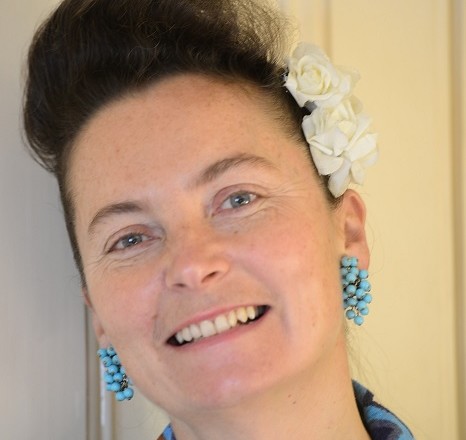 The below poem will appear in Katrina’s third collection, Wild Persistence, forthcoming from Seren this June.

Katrina Naomi received an Authors’ Foundation award from the Society of Authors for her third collection, 'Wild Persistence', to be published by Seren in June 2020. Katrina has published four pamphlets of poetry, including the Japan-themed 'Typhoon Etiquette' (Verve Poetry Press, 2019). Her poetry has appeared on Radio 4’s Front Row and Poetry Please, and on Poems on the Underground. Katrina was the first poet-in-residence at the Bronte Parsonage Museum and was highly commended in the 2017 Forward Prize for Poetry. She has a PhD in creative writing (Goldsmiths) and tutors for Arvon, Ty Newydd and the Poetry School.

View all posts by Katrina Naomi →