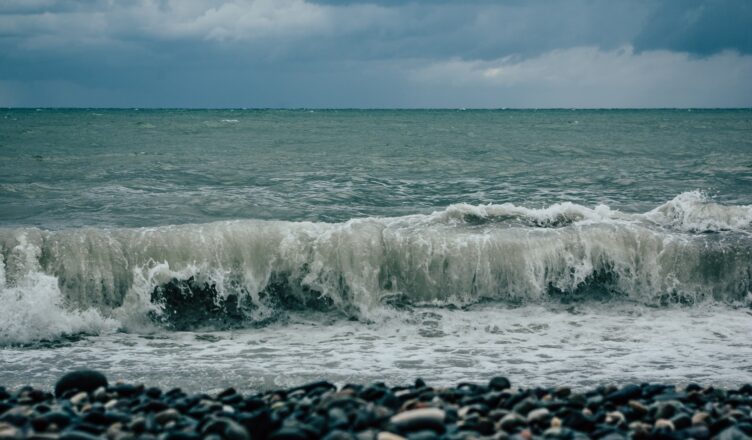 Photo by Dagmara Dombrovska on Unsplash

The hut tilted and in came the tide, gathering jars and books from my shelves – but it was their time. Through the bobbing window there was still that one dark stain between sea and sky, the inky line spreading into the water and into the wind, and I was no longer distinct but every thing, water and sky and hut, and poised to carry myself on the currents over the threshold and onto the beach. Carry myself I did, tenderly as a coffin, over pebbles and sea-worn debris and then I turned onto my back and soared out over the expanse and my hair was free, my hair was the clouds and then the clouds all gone. Birds patterned and re-patterned overhead: gulls, cormorants. Brine and boat-paint turned a single fragrance in the lungs, and the movement of the waves, and what remained of me, were travelling on the air. I was a box-kite, filled and steadily wavering, my voice coarse as a gull’s, the gathering sky darker than the beach, its smear of sunset sharp. In the sea’s deep pulse, a reconciliation with all those hearts I hadn’t understood. Then a brace of strong arms hoisted me: you can let go now.

Jenny Pagdin’s pamphlet Caldbeck, which tells the story of her postnatal psychosis, was published by Eyewear in 2017, shortlisted for the Mslexia pamphlet competition and listed by the Poetry Book Society. She was longlisted for the Rebecca Swift Foundation prize in 2018 and placed second in the Café Writers competition 2021. Her work is featured or forthcoming in New Welsh Review, Smoke, Magma, Ambit, The Stand, Finished Creatures, Ink, Sweat & Tears and an Emma Press anthology.

View all posts by Jenny Pagdin →