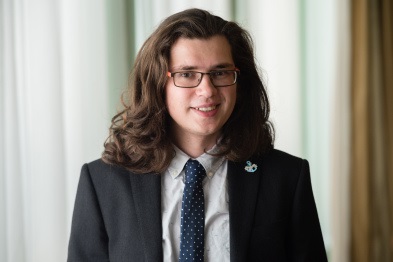 You & me & the incredibly distant island universes

Richard O’Brien is currently working on a sequence of poems about John C. Lilly’s 1965 dolphin language experiments. He is a Teaching Fellow in Creative Writing at the University of Birmingham, and his PhD considered the influence of Shakespeare on the development of verse drama in English. Richard’s pamphlets include 'A Bloody Mess' (Valley Press, 2015) and 'The Emmores' (Emma Press, 2014), and he is a commissioning editor at the Emma Press. In 2017 he won an Eric Gregory Award.

View all posts by Richard O'Brien →