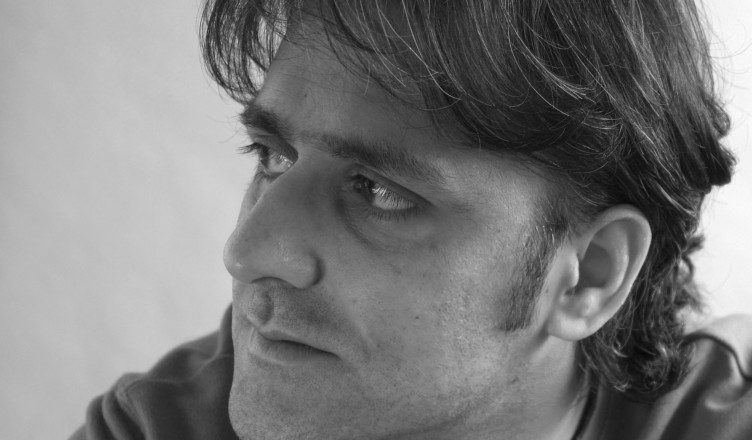 It’s been over ten years since Daljit Nagra wrote his poem Look We Have Coming to Dover and it seems more urgent now than ever. In 2004, Nagra’s fantastical invasion of immigrants all ‘stowed in the sea’ but hoping to get ‘blair’d in the cash’ spoke to the slow migration of thousands of commonwealth citizens over the years, a movement that has thankfully changed the ethnic and cultural landscape of Britain forever, but it is easy to reread Nagra’s poem as a premonition of the current and shameful EU-wide migrant crisis.

Nagra’s political jibes are just as apt. He effortlessly reduces his English country-folk to ‘yobbish rain’ and eroded chalk cliffs – truly ineffectual barriers to the desperation that drives Nagra’s cast of immigrants, whose desire for ‘crash clothes’ and ‘charged glasses’ is as heady and surging as the ‘gobfuls of surf’ that make up the English channel. Nagra’s ‘Bedford van’, waiting to collect the sopping migrants from the waves, is a chilling reminder of the thousands who have lost their lives travelling here.

But Nagra hasn’t done with us readers yet. He’s not only giving us politics, he’s also giving us a lesson in English poetry: in Look We Have Coming to Dover, Nagra paints his immigrants in similar shades to Wilfred Owen’s struggling soldiers, all ‘bent doubled . . . knock-kneed’; he recycles the somewhat unfashionable timbre of Dylan Thomas’ dense and assonance-filled heavy language and he also pays homage to Matthew Arnold’s bizarre Greco-Roman Victoriana fusion poetry. Nagra’s poetry might appear new at first but it is in fact rooted in something ancient.

As well read and thoughtful as Nagra is as a poet, his lexicon is also one of protest; in his poetry we see a decisive move away from the quiet, elegant and measured voice of Edward Thomas which has bled through contemporary English poetry – something utterly evident as you flip right to the back of his first collection Look We Have Coming to Dover and read its glossary.

This small but essential Punjabi to Ungreji Guide is quixotic reading: if you didn’t know, chum-chum are ‘lusciously syrup-hearted’ and ‘shrubby’ means pissed. Nagra’s knack for using Punjabi dialect, slang and idioms and fusing them with English has not only revitalised dialect poetry around the UK –  he’s taught us that our English language has changed and indeed that poetry itself must swell to incorporate these thrilling adaptations and glorious coinages. Nagra agrees with Whitman’s assertion that the English language is ‘a sort of universal absorber, combiner and conqueror’.

With such bombastic narratives it’s easy to try and hunt for the personal, for the autobiographical I, within Nagra’s poetry but ultimately this is unhelpful. His poems may well have personal origins but they are soon abandoned and the poems shaped with the reader in mind. Indeed, I always get the feeling that Nagra is writing for us rather than for himself, for anything he wants to express is within the form and language rather than the narrative details.

This is especially evident in poems like Arranged Marriage, where the poet gives us the voice of a ‘costumed prat’ destined for an empty marriage, lauded with such an ironically sweet fanfare of ‘slick of syrup’ and ‘ladoos’. The poet’s ego is left at the door and Nagra’s narrator becomes an everyman, an avatar, whose body ‘necklaced with flowers’ we get to step into – Nagra is able to laugh at himself and find the humour and horror in these situations for us.

Nagra also effortlessly embodies Christopher Reid’s war-cry to energise the language of poetry. Nagra doesn’t use lazy verbs and his adjectives have all lived other lives; the wedding guests ‘zombie’, the air is ‘bullioned’, there is never a dull moment in a Nagra poem. And Arranged Marriage is also one of Nagra’s formally virtuosic poems: after establishing a pattern of dense six line stanzas, Nagra parts his penultimate stanza into the congregation of bored wedding guests, half for groom and half for bride, and then leaves us with a rhyming Shakespearean couplet.

Nagra is also not shy of writing his place among English poets, or as we might call them for the sake of this article, dead white men – indeed his second collection, Tippoo Sultan’s Incredible White Man Eating Tiger Toy Machine!!!, ends with perhaps his most important poem, A Black History of the English-Speaking Peoples. In a breathtaking reverie, Nagra teleports his readers from ‘multinationals lying along the sanitised Thames’ to Elizabethan, and then Victorian England, using The Globe as his muse.

Here Nagra looks at the English language as a living thing, stretching from ‘Shakespeare’s corruptions’ to ‘the red of Macaulay’s map’ and to his own ‘gung-ho fury’. If we didn’t already guess it, Nagra knows exactly where his English comes from and it does indeed begin with the terrifying spectre of Baron Macaulay, a favourite of Queen Victoria, who changed the educational language of Indian from Persian to English and decried Sanskrit histories and religious texts as inferior to his own historical tomes on the ‘barbarism of the non-English speaking world’. But Nagra’s poem isn’t a rant, it also contains this subtle plea for a collective moving-on – amid the ‘blood-lettings’ and ‘flotillas of tea and white gold cotton and sugar’ – Nagra appears unresentful, in fact he is ‘happy digging for England’s good garden to bear again’.

Yes, despite the elegant history lesson, Nagra is a poet of the moment. He even goes so far as to write, ‘coming clean would give us greater distance’, and as he continues walking along the Thames into his own future we get the clear sense that Nagra has forgiven the colonial horrors of his shared past and is now content to write them rather than internalise them. Ever humble, Nagra describes himself as a ‘noble scruff’, set apart from the academy of ancient white poets – within that phrase we find the truth of Nagra: noble and knowledgeable of his own ancestry but someone who refuses to behave and pay blind homage to poetry or history.

Lastly, I couldn’t write about Nagra’s poetry without mentioning my favourite, Gunga Jumna, in which Nagra writes about the journey of the second generation immigrant to their ancestral home. Once again the poem isn’t autobiography, rather it’s a miniature Omeros, and just as Walcott’s fisherman Achille paddles himself back in time to the Africa of his ancestors, Nagra’s everyman sits in a ‘clay back-room’ watching the telly. This is powerful irony. Nagra knows that journeys home can be deeply unsatisfying or confusing, not everyone gets their life-changing pilgrimage, indeed Nagra’s everyman is forced to touch the feet of his ‘hunch-back great grandmother’, the implication being that there is no time to experience anything other than bewildering and alien domesticity. Nagra ends his poem with the complex and powerful verse,

so we are left with this knowingly Orientalist yet confusing image of life and death, creation and destruction, which are essentially the same when heard in the darkness. Nagra rightly knows that a scream of pain, anger or protest is just that, confusing and pointless – that what matters in poetry is form, context and language. ‘The gems of the shafted earth’, are not minerals, they are linguistics.

One of Nagra’s first ever jobs was as a cleaner in a Penguin book factory and apparently he spent most of his time devouring the discarded paperbacks. This image says it all really. In fusing together the historical, the honest and the somewhat poetically discarded, Nagra has made a career of raging and radicalising with his pen. ‘The million maddened bits, / the fire of night. / Only for ash I keep’. And it’s what he does with the ash of history and poetry that continues to count.

Daljit Nagra was born and raised in West London, then Sheffield. He currently lives in Harrow with his wife and daughters and works in a secondary school. His first collection, Look We Have Coming to Dover!, won the 2007 Forward Prize for Best First Collection and was shortlisted for the Costa Poetry Award. In 2008 he won the South Bank Show/Arts Council Decibel Award. Tippoo Sultan’s Incredible White-Man-Eating Tiger Toy-Machine!!! was shortlisted for the T. S. Eliot Prize 2011. He will read with Sarah Howe at Poetry And…Identity on 12 November

Richard Scott was born in London in 1981 and was educated at The Royal College of Music, The Faber Academy and Goldsmiths College, London. He has won The Wasafiri New Writing Prize, been selected as a Jerwood/ Arvon Poetry Mentee and also been chosen as a member of The Aldeburgh Eight by The Poetry Trust. Richard writes and presents a weekly radio show about opera and vocal music, entitled The Opera Hour, on Resonance 104.4FM.

View all posts by Richard Scott →