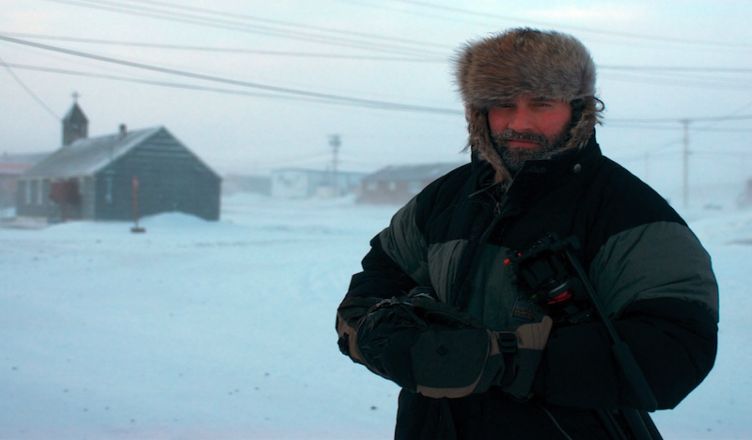 There is something very modern about Alun Lewis’s poem ‘All day it has rained …’ It is a poem that bares the isolation and boredom of the soldier’s life for readers in as poignant and stark a manner as the feature film Jarhead did for noughties cinemagoers. Lewis himself was for a time a soldier and died in strange circumstances while serving in Burma in 1944 with the South Wales Borderers Regiment – apparently he accidently shot himself during the course of his morning ablutions, although exact details of the incident are sketchy.

Coincidently, his most well known poem is concerned with the types of daily activities that may have framed his tragic death and focuses on the microscopic details of a day spent by soldiers enduring rain from within tents, ‘darning dirty socks’ and ‘Reading the Sunday papers’. Beginning in a deliberately detailed way, the poem takes a delightful turn towards its end as the speaker recoups memories of recent happier times – observing children ‘Shaking down burning chestnuts for the schoolyard’s merry play’ – and terminates as he is reflecting on the life and death of the World War I poet Edward Thomas.

Lewis’s poem is essentially an homage to Edward Thomas and specifically mimics the latter’s poem ‘Rain’, the first line of which reads ‘Rain, midnight rain, nothing but the wild rain’. Through a similar existential tone of the speaker, the use of rain as a metaphor for the drudgery a soldier has to shoulder and the idea of military men existing in limbo, Lewis constructed a straightforward war poem which acknowledges its debt to previous poems of war while refreshing certain generic tropes.

But, as I said, there is something very modern about Lewis’s poem (and not just its thematic likeness to a contemporary blockbuster featuring Jake Gyllenhaal). Situated centrally within the poem, coming after a stream of images concerning the dull weather and quotidian activities, one line strikes me as particularly unusual:

The line is delivered parenthetically, situated between two hyphens as an interrupting phrase. Previous to this line the soldier recounts in detail how the weather has affected his day and his surroundings, yet the appearance of a fox is all that features in a personal letter he has written to somebody. None of the details we are privy to as readers of the poem enter the soldier’s implied correspondence. This suggests that the notion of communicating with those who exist outside of his direct environment, and who are physically peripheral, is problematic for the speaker.

The line juts out of the poem, is aimed at an exterior ‘you’, presumably a loved one, while the rest of the poem is all introspection and almost-stream-of-consciousness. The vague reference to the soldier’s ‘note I scribbled home’ implies it cannot possibly challenge the honesty and insight that Lewis’s poem achieves and that communication between the soldier and the outside world seems a struggle – more so, even, than the daily grind of soldiering. Formatting emotions within a letter could, arguably, be interpreted as a failure in the mind of the poem’s speaker; a very modern insight employed by Lewis. Through this perspective he highlights to the reader the importance of that which exists outside of conventional frames of reference, and what is left unsaid and unwritten is of equal or more importance.

Lewis is not alone in putting pressure on readers to rethink ways in which information about conflicts is received and how certain forms of communication are made difficult during times of war. American poet Elyse Fenton’s recent collection, Clamor, explores the experiences of the spouse of a soldier who is sent on a tour of duty Afghanistan and the strained communication between the couple thereafter. The title of the collection itself is an example of how these themes unfold in Fenton’s poetry, since the word ‘clamor’ is the root of a triumvirate of contradictory definitions. Firstly, the word refers to a loud sound such as applause or shouting. Secondly, ‘clamour’ can refer to public outcry or expression of support. Thirdly, and importantly, it can mean silence. Awkward silences pervade Fenton’s poem ‘Word from the Front’ as the speaker attempts to contribute to a telephone conversation with her lover who is on the opposite side of the world – and at war. The poem opens:

The affirmative ‘nodding’ the speaker of the poem exhibits is premature and it soon becomes clear that the speaker is trying to distract herself from the apparent fear in her spouse’s voice, which we soon discover hardly features in the text, disappearing after the first stanza. After her pensive lover ‘drops [his] familiar tone’ for what is later described as ‘feigned eveness’ as he tries to talk about his ongoing military service in a normal way, we realise that there is a lessening of intimacy and a widening silence between the separated couple. The theme of an interrupted connection between the two is apparent throughout the poem, from the crackling of ‘the wind-strafed line’, implying that conversation is ruined by the circumstances of the soldier’s isolation (with the hostile wind reminding one of the endless rain in Lewis’s poem), to the speaker’s claim that throughout the call their banter is ‘falling like spent shells/ from both our mouths’.

Many of the poems in Clamor seem like verbal counterparts to Christoph Bangert’s photography in his collection War Porn (an ironic title since many of his photos seem to suggest that Bangert has arrived late to a situation where war once arose viciously, but from which the perpetrators have disappeared as the dust settles on the ghost of an event.) In both Fenton’s poem’s and Bangert’s photos, we only glimpse the trauma that those caught up in armed conflicts experience. In the case of Fenton’s poem ‘Word from the Front’ we empathise with the speaker’s worry that her disembodied lover sounds as fearful as ‘a pilot/ pulling hard out of an engineless/ plummet.’ His voice is suggestive of everything she, and we as readers, will never experience as civilians. Against the perception of telephonic conversations as simple communicative acts Fenton joltingly introduces us to a life in which such easy contact is disrupted, with each act of expression remaining open-ended, thinly veiling that which goes unsaid within a relationship impacted upon by modern warfare – dread, worry, tension, vulnerability.

A contemporary of Fenton’s who explores similar emotional and psychological terrain is Dan O’Brien. In two recent collections, War Reporter and New Life, O’Brien has dramatized his real life friendship with the war reporter and Pulitzer prize winning photographer Paul Watson. Paul Watson is not a soldier but arguably has experienced a soldier’s lot. As the main speaker in O’Brien’s poetry, Watson encourages us to rethink war, not as a pitched battle between two sides with commensurate grievances and belligerence, but as a messy nightmare in which those without ideological foolproofing, those caught in the middle, are exposed to the worst of war. O’Brien portrays Watson as a civilian with a heart and through him we are able to question our own roles in a world where war is a constant. But interestingly, communication, as in Lewis’s and Fenton’s poems, is established as a key struggle in the lives and minds of the various speakers in O’Brien’s war poems.

In a poem from his collection New Life, entitled ‘The War Reporter Paul Watson and the Satellite Phone’, O’Brien provides readers with a visceral, tense scenario which literalises the individual’s struggle to communicate with others when caught up in conflict. The poem has the speaker Paul Watson stranded in a hotel in Pristina during sporadic air raids and surrounded by militant locals. Watson is attempting to send a message via satellite phone to colleagues to inform them of his whereabouts and that he is alive. Watson risks being caught by the ‘paramilitaries/ patrolling the floors below’ as he is ‘Spastically/ typing commands’ into the device. After finally firing off a message emotion overcomes Watson and we are told he sat on the floor afterward and ‘Stroked the carpet/ till my arm erupted into the tattoo/ of hives.’ The image leads one to start thinking about abrasion, friction and static in various forms – all things which suggest that human communication, in this instance and in the wider context of contact between people during war, is imposed by outside influences.

The speaker, we are told, hides his satellite phone within his mattress, with the final lines of the poem elaborating on this notion of hidden devices for communication during war:

Through this simple phrasing, O’Brien expresses two important ideas. Firstly, that informal and intimate communication – sending electronic messages, using phones to contact friends and family – is rendered almost impossible when conflict intervenes into one’s life. Secondly, O’Brien finishes the poem by expressing that poetry, although seeming to be an alien form of communication during daily life, is precisely the form of communication that excels in addressing and reflecting the emotions of those who are caught up in conflicts. His two collections of war poetry are testament to this idea.

It is unpopular these days to talk about poems as having particular messages. Poems nowadays pose as questions for readers who are invited to come with answers. But not so with war poetry. The message of war poems is about the act of communication, the volatility and naivety of sending messages during times of war. Without communication we will never understand the full extent of war’s impact upon people. And so, war poetry about the faulty transmissions between those exposed to conflicts and those who are not, fills the void left by the failure of letters, text messages and phone calls to express the personal traumas caused by conflict. It is true that we can only empathise with those who have been to war and experienced the constant hypertension of soldiering on the frontline. But poetry allows us to connect with such experiences in new ways and to circumscribe the lukewarm and atrophied reports of war that too often dull our collective imagination.

James Nixon lives in London and has an MA Creative Writing from Royal Holloway. In 2015, James was the Emerging Writer Fellow at Cove Park and has since had poetry published in Ambit. He is currently a Voiced writer-in-residence at Phytology, Bethnal Green, a commission funded by the Arts Council England and is working on a Ph.D. concerning hauntological poetics. He will bore you to death if you follow him online @j_a_nixon

View all posts by James Nixon →