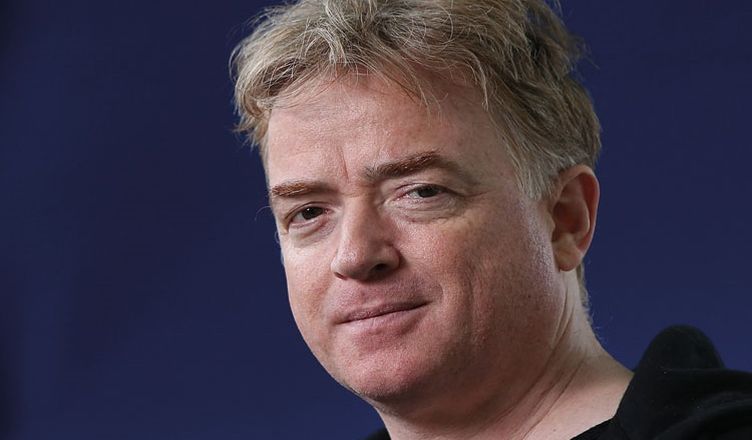 I once had to interview Glyn Maxwell. I’d just read this in his book On Poetry: ‘I think a poem you read has to meet the same criteria as a person you meet: did it mean anything to you, matter to you, affect you? If it didn’t do those things you won’t remember it long.’ No pressure then. Fortunately we had a good chat and moved to continue it at the pub. Would you like a drink, I asked. Is that a rhetorical question, he replied? That stayed with me – the words, the wit, the instinctive combativeness.

Maxwell is a dramatist as well as a poet and a touch of the adversarial fuels the passion of his prose style. Commenting on the importance of truth and beauty, for example, he undercuts himself: ‘Beauty eh. Some are sure to find this a little bit given, lazily abstract, sentimental even…’ only to come swinging back at the reader: ‘Then again, if some young poets were as watchful about needless obscurity as they are about needless sentimentality you might have heard of them.’  On Poetry is compelling because of Maxwell’s narratorial stance which renders him preternaturally aware of his reader. ‘I’m not sitting next to you,…’ he writes at one point. Given how he’s been addressing us, we needed reminding.

On Poetry is compelling for other, more important reasons though. Published in 2012 and with a sequel on the way, it arrives smack in the middle of a period when Creative Writing departments are expanding yet the very question as to whether Creative Writing can be taught refuses to go away. Not least of the book’s merits is its authority of experience. By charting the progress of four imaginary students, Maxwell – who has held university teaching posts in both Britain and the USA – grounds his insights about the writing process in practical examples.  He is brilliantly able to isolate a common obstacle in the process of composition – one which many poets and students of poetry will recognize – and bring a pronouncement to bear upon it at once razor-sharp in its acuity and grounded in common sense.

Take Maxwell’s example of the trials of the fictional student Isabella who ‘wants to write a poem about feelings she had about that Jean-Luc at that campsite by the lake when she was fifteen in a thunderstorm.’ She gets a few lines into the piece, but ‘thinks she’s not getting it right, it wasn’t like that, he wasn’t like that, it didn’t feel like that.’ She gives up convinced she’ll never be a writer. Maxwell then makes this statement about poetic truth: ‘(the poem)… can grow organically, it can grow from itself. It has no responsibility to recollected events in life. Its only directive is to live as a poem.’

The book is full of such crystalline aphorisms – ‘Time refracts oddly in the vicinity of verse’ or ‘Recurrence of words isn’t repetition. Ever. … The relation of the two lines to thought is entirely different.’ Though Maxwell, like John Burnside, believes poetry is ‘creaturely’, there’s nothing cosily half-baked here.

Aspects of the poetic dearest to the author elicit his finest writing: on the history of the pentameter line, ‘the line that takes the time of breath’, for example, or the varieties of poetic forms, or the power of ‘white punctuation’ – line and stanza-break.  On Poetry is admirable too for how it attempts to see poetries now being written within a more far-reaching historical context.

Throughout, On Poetry is at pains to emphasize heart and breath over arid intellect, arguing that poetry arises out of physical necessity and human urges.  But poetry for Maxwell cannot do without the mind. He cites Osip Mandelstam’s essay on Dante, how it locates the poetic in, ‘The step, linked to the breathing and saturated with thought’. Maxwell’s preoccupation with heart and mind goes to the core of what poetry is and how it works. It’s a subject all writers on poetics are drawn to address. We can see this with neat circularity if we trace T S Eliot writing in 1951 about the indivisibility of thought and feeling ‘(a) thought to Donne was an emotion; it modified his sensibility’ through to Sarah Howe, most recent winner of the prize in Eliot’s name, who in last autumn’s Poetry London published an essay entitled ‘The Feel of Thinking’.

A few years back, it seemed all our contemporary poets were writing ars poetica. I have a volume of John Burnside’s Black Cat Bone signed at the T S Eliot reading 2012 which it went on to win, with the dedication ‘JB, non-ars-poetica’ to distinguish himself from what he perceived as a slightly unsavoury current trend.  Maxwell is always careful to distance himself from the term, ‘manifesto’, referring to his book as a guide to the ‘craft’. However On Poetry is filled with intensely felt beliefs about the nature of his art. As such, it adds to the debate about poetic discourse. We live at a time when, following the advent of more empirical theoretical methodologies such as structuralism, linguistics and cognitive neuroscience, what might be termed a scientism has entered the arena of poetics, the notion that a new objective language to define what poetry is might be found. On Poetry, in contrast, champions the subjective treatise, reminding us, at most, that the passionate personal account is the only kind possible and, at least, that a good one will always be a rich and valuable addition.

The organic nature of the book won’t necessarily be to everyone’s taste. Some may find the last two sections –one devoted to verse drama – not quite the culmination they were hoping for; others may find the tone off-putting at times. Personally, I’d have liked greater development of the crucial idea of ‘when person becomes poem’. Yet there’s rarely been a book I’ve communicated so physically with. My copy’s pristine white cover is now so well thumbed, it’s a dirty grey. On page after page, statements are underlined as I realise, yes that’s it, that’s what I think, that gets it, exactly. It is, in a sense, an image of the poem as Maxwell conceives of it – a loved object, relevant, tactile, a handled thing.

Glyn Maxwell has won several awards for his poetry, including the Somerset Maugham Prize, the E.M. Forster Prize from the American Academy of Arts and Letters and the Geoffrey Faber Memorial Prize. His work has been shortlisted for the Whitbread, Forward and T.S. Eliot Prizes. Many of his plays have been staged in the UK and USA, including The Lifeblood, which won British Theatre Guide’s ‘Best Play’ Award at the Edinburgh Fringe in 2004, and Liberty, which premiered at Shakespeare’s Globe in 2008. He has also published On Poetry, a general reader’s guide to the craft. He will read at King’s for Poetry And…Film on 17 March 2016 with Thaddeus O’Sullivan, reserve tickets here

Ellen Cranitch's first collection, 'The Immortalist', was shortlisted for the Seamus Heaney Award for Best First Collection 2018. She is currently Lecturer in Creative Writing at the University of Hull where she runs the poetry modules.

View all posts by Ellen Cranitch →