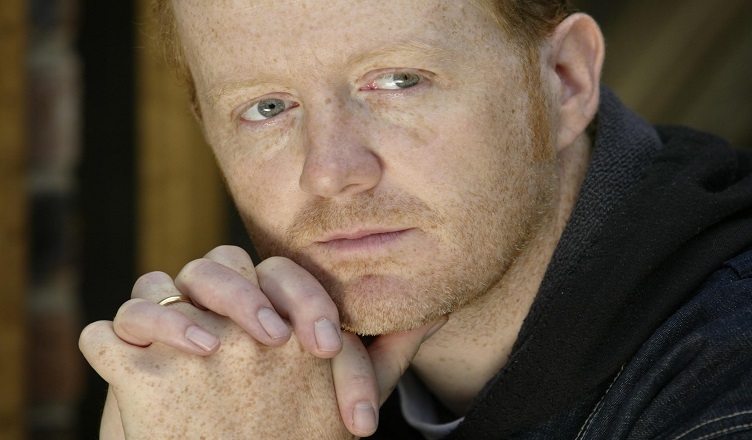 Michael Symmons Roberts’s first collection, published in 1993, is Soft Keys and its title poem could be read as an ars poetica not just for this book but for his entire oeuvre. His punning wordplay encompasses islands in Florida, piano music, Biblical keys to ‘heaven and hell’, metaphysical keys that ‘open up the earth’, and ‘those binary soft ons and offs / of a computer’, played by ‘a single finger’s/ weight which teeters on the edge of thought / the edge of a letter being born’.

Symmons Roberts argues that it is ‘the softest, that like skeletons can open / anything’ and all six of his collections to date are characterized by a lightness of touch playing against the sharpest of thoughts.

While his subjects are wide-ranging, there is a consistent attention to the notion of bodies: bodies of land, the flesh, our earthly and spiritual worlds. His Whitbread prize winning Corpus is overtly Christian, with a sequence of ‘Food for Risen Bodies’ poems as well as many others dealing with questions of scripture. While Corpus clearly refers to the canon of text behind his writing as well as skin and blood, Symmons Roberts’s writing is not polemical or weighed down by its religious roots. Rather, like the wrestling match between Jacob and the Angel he describes in ‘Choreography’, his poetry is animated by the dance between belief and unbelief and a constant questioning of God’s existence. It is in this poem that his use of the dramatic first person seems to elide with the poet’s own voice: ‘I shout to him What was your name? / I don’t know if he hears me.’ In a 2014 interview with the Catholic paper, The Tablet, Symmons Roberts admitted, ‘One of the things that is there in my work, whether I want it to be or not, is the constant dialogue between faith and doubt’ and the resulting creative tension is a rich source for his poetry.

The hinterland of Biblical writings becomes a well to draw on and is woven into a consideration of war, death and science. Meditations on resurrection are matched by a fascination with the building blocks that make up the human body. In poems including ‘Mapping the Genome’, Symmons Roberts employs similar tricks to the Seventeenth Century Metaphysical Poets he loves, such as John Donne, the subject of MSR’s BBC Radio play, The Flea. Samuel Johnson named the Metaphysicals because of their use of Discordia Concors, a classical figure encompassing a fascination with the elements and the yoking together of things apparently unlike. Seen in this sense, Symmons Roberts is clearly a metaphysical poet, metaphorically depicting ‘Geneticist as driver, down the gene / codes in, let’s say, a topless coupé’. Addressing his influence directly in ‘To John Donne’ where he playfully rewrites Donne’s exploration of America across his mistress’s body into a consideration of decoding DNA, and the borders of the chromosome as Newfoundland, Symmons Roberts fuses sex, science and prayer:

As in his recent book of prose essays, Edgelands, written with Paul Farley, Symmons Roberts’s poetry lives in a place of liminality, and how we interact with the landscape around us is essential. The physicality of his poem ‘The Menagerie’, which draws together his obsession with both the human body and the natural world while describing the seemingly ordinary, everyday ritual of a woman applying make-up, owes something of a debt to Sylvia Plath. Plath’s mirror is a lake out of which a reflection rises ‘like a terrible fish’; Symmons Roberts describes how ‘Her mirror is a millpond. Each day its white fish surfaces.’ But while Plath’s poem is narrated by the mirror itself, over which the woman bends, ‘searching my reaches for what she really is’, his woman is ‘shut-eyed’, painting her lids ‘by touch alone’.

Portraying his female character as a blank canvas, allowing him to paint over her as he wishes, is a risky move for a man writing about a woman. In less deft hands this could come over as patronizing or misogynist but Symmons Roberts’s poem gives her agency and, like its subject, is ‘endlessly plural’, reaching into ‘ice-cracked mountains’ and ‘Siberian forests’, taking on a life of its own:

What the poem seems to be saying is that we are all many selves, each of which imprints us but is fleeting, whether the predatory owl, chameleonic arctic hare blurring with its snowy surroundings or a ‘crimson / silk moth in the making.’ Yes, this is a poem about gender, but more than that it is about the multi-faceted nature of human identity. Taken from Corpus, its themes will become the concentrated focus of The Half-Healed, his fifth collection, in which people become creaturely and creatures metamorphose into humans, in which an ‘Armistice’ starts in the ‘Intercontinental’s bridal suite’ which is also ‘a palace in old Samarkand’ – a reflection about how we are all more than one thing and always in transition. Healing takes place in our meetings: when ‘A woman in midlife / is cradling a young man (old warrior) / in a king-size hotel bed’.

Symmons Roberts’s collections are not just separate entities loosely attached, like beads threaded on a string, but can be seen as one body of work that deepens collection to collection. The sense of quietude rather than polemic, of searching, of an affinity towards edges, so beautifully articulated at the beginning of his poetic career, is evident still. The wounds inflicted by war, and by a God who, rather than being located in heaven, is firmly located in the city in The Half-Healed, becomes the focus of a sequence that runs through his most recent collection, the Forward prize winning Drysalter. A carefully designed collection of 150 poems of mostly fifteen lines – the notable exception being ‘The Limb That Carried Everything’ whose fourteen lines are all pointing towards the absence of one – it recalls the psalms, alluded to by the Book’s title, their author set up as The Psalmist negotiating his way through ‘mid-life’ or ‘utter darkness’. Like the psalms, Drysalter is a collection of extremes –  full of musical hymns, praise and rejoicing alongside poems of lamentation and, perhaps overwhelmingly, a sense of fragility. And these poems too contain watery mirrors, as a ‘Night Train’ becomes ‘an eel-shaped full // vivarium to show the wild hills what / a world can be’.

Most strikingly, in what seems to be the defining sequence of Symmons Roberts’s recent poetry, a pilot fallen to earth, with bullet holes piercing his palms like stigmata, is a figure for Jesus of whom the narrator cries: ‘I have to save … before I am lost myself.’ The questioning poet spends hours ‘asking him which war // which world, which side / but he says nothing’ [‘The Wounds II’]. This notion of not being gifted the answer, but being left with questions is a hallmark of his work. In the absence of resolution, we are given imagination and empathy – the opportunity to immerse ourselves in others: ‘I tear / the wound lips wider still, /  climb inside and hide’ [‘The Wounds V’]. It seems for Symmons Roberts, a religious writer in a secular world, the poetic experience becomes equivalent to transubstantiation:

Michael Symmons Roberts is a British poet and author. His poetry has won the Forward Prize, the Costa Poetry Prize and the Whitbread Poetry Award, and been shortlisted for the Griffin International Poetry Prize, and the T.S. Eliot Prize. He has received major awards from the Arts Council and the Society of Authors. As a librettist, his continuing collaboration with composer James MacMillan has led to two BBC Proms choral commissions, song cycles, music theatre works and an opera for the Welsh National Opera – ‘The Sacrifice’ – which won the RPS Award for opera. His broadcast work includes ‘A Fearful Symmetry’ – for Radio 4 – which won the Sandford St Martin Prize, and ‘Last Words’ commissioned by Radio 4 to mark the first anniversary of 9/11.  He has published two novels, and is Professor of Poetry at Manchester Metropolitan University. He is a guest speaker with Iain McGilchrist at King’s for Poetry And…The Divided Brain

Dr Aviva Dautch teaches English Literature and Creative Writing at the British Library and is Poet-in-Residence at The Jewish Museum, London. Her reviews and literary essays are widely published and her own poems appear in magazines including Agenda, Ambit, Modern Poetry in Translation, The Rialto and Poetry Review.

View all posts by Aviva Dautch →