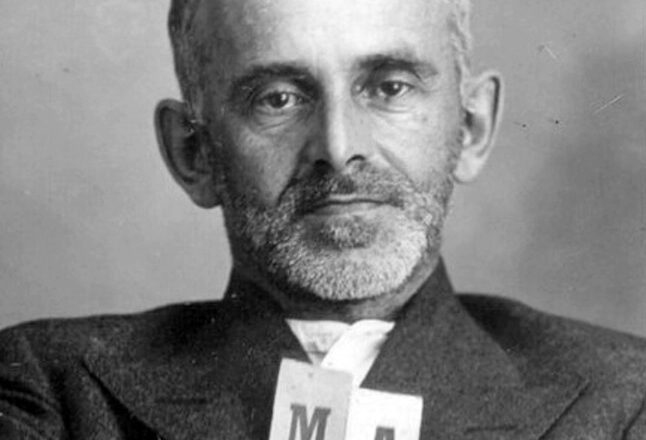 Alistair Noon writes: Osip Mandelstam (1891–1938) grew up in St. Petersburg and published his first book, Stone, in 1913. One more volume followed before he began encountering publishing difficulties in the Soviet Union. He wrote poetry, prose, and children’s verse, and also translated (chiefly from French), if largely as a necessity rather than a passion. Sentenced in 1934 to three years of internal exile in the central Russian city of Voronezh, he was re-arrested in 1938 and deported to the Soviet Far East, where he died in a Gulag transit camp.

These three poems from Mandelstam’s Third Voronezh Workbook (to date usually translated as Notebooks) each take a city as their starting point: Paris, Rome and Kiev. Mandelstam had spent a period as a student in Paris, and some time in Kiev during the Russian Civil War (where he met his wife Nadezhda Mandelstam, who would later preserve and edit his work). He took a keen interest in Italy, learning enough of the language to read Dante’s Divine Comedy in the original, but never, as far we know, visited Rome. The Voronezh Workbooks were written during Mandelstam’s exile in that city. Given the circumstances, it’s easy to see how other cities, foreign or otherwise, might loom in the imagination, but the results are not wistful yearnings for faraway places. All three have elements of lightness, but political violence pervades them all: France’s July Revolution of 1830, Mussolini’s dictatorship, and the Red Army’s tactical withdrawal from Kiev in 1919.

The below poems appear in Osip Mandelstam: The Voronezh Workbooks, translated by Alistair, published by Shearsman in April, and available here. In parallel, Alistair’s translation of Mandelstam’s Occasional and Joke Poems appeared simultaneously from the same publisher, and is available here.

Alistair Noon's translations of Osip Mandelstam, Concert at a Railway Station: Selected Poems, appeared from Shearsman Books in 2018; two further volumes, The Voronezh Workbooks and Occasional and Joke Poems were published by Shearsman this year. His own poetry has appeared in two collections from Nine Arches Press (Earth Records, 2012; The Kerosene Singing, 2015) and a dozen chapbooks from various presses, most recently Two Verse Essays (Longbarrow Press, 2022). He lives in Berlin.

View all posts by Alistair Noon →