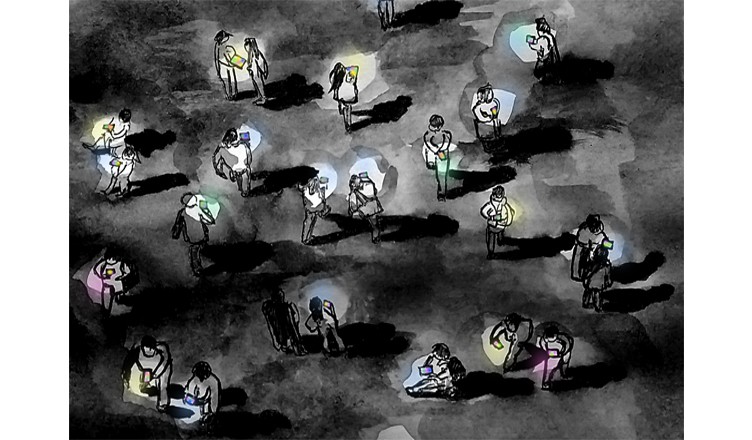 Part of the pleasure of reading Mortality Rate is knowing so little about the man who wrote it. Some official data: Andrew Elliott was born in Northern Ireland in 1961 and is now living – according to the most recent reports – in East London. He is the author of two previous collections, The Creationists (1988) and Lung Soup (2009). There is a poem-sequence entitled ‘Lung Soup Condensed’ in this most recent collection which opens ‘Sabrina, who began at the age of fifteen to dabble in prostitution –’, hence introducing one of the ‘characters’ in Elliott’s quasi-novelistic creation (‘The plot has been lost. Who lost it? Hard to say –’).

Ciaran Carson said of Lung Soup that it was ‘nearer perhaps to the prose of Thomas Pynchon or Italo Calvino in its play with genre than any poetry I can think of.’ In effect, a ludic, often spiky, meta-fictional terrain, with the reference to Pynchon in particular acknowledging the role of the reclusive writer who stands enigmatically behind the work. Mortality Rate might be seen as a cunning response to Barthes’ ‘Death of the Author’ – Author Plays Hide And Seek: Seek But You Will Not Find.

In any case biographical readings of poetry, though always tempting, can be rather too convenient. T.S. Eliot called for a poetry of impersonality (‘poetry is not a turning loose of emotion, but an escape from emotion; it’s not the expression of personality, but an escape from personality’), one of the obiter dicta of High Modernism. Andrew Elliott seemingly enjoys his own biographical void (might he, in fact, be someone else altogether?) and he teases the reader with his lack of presence, rather like a master criminal taunting the police. He is very good at it:

Such knowingness and mischief render Mortality Rate an invigorating read. Elliott’s ‘invisibility’, a conceit in itself, is worthy of attention in this age of self-promotion. He has chosen to forsake the quasi-compulsory temptations of social media, with its overpopulated ranks of tweeters, selfie-takers and bloggers. This stepping off the merry-go-round (or just not getting onto it in the first place) might be seen as a gesture of Luddite misanthropy, something between a grimace and a scowl – a sardonic grin perhaps – which permeates the work generally, and is found here in the very last poem of the book, a less than happy but rather fetching coda:

Writers/poets today are encouraged to embrace social media. Tweet, Blog and Blag and do as many readings as you can (‘Get your work out there and get yourself out there’ is the mantra, like a mandatory trip to the Pleasure Gardens, without the guarantee of any pleasure.) And click, click lickety-split on those ubiquitous capitalist platforms. Elliott’s non-compliance is refreshingly heterodox. His refusal to play the game according to ‘industry professionals’ can be seen as subversive and counter-cultural – or maybe it’s just cool, an escape from relentless social surveillance, a new kind of dropping out. The space he creates between the work and himself becomes part of the poem. See, for example, ‘Angel’, which I quote in full not least because of its ingenuity, but also as an excellent example of Elliot’s careful release of what might well be meaningless clues. If poetry is the ‘supreme fiction’ – a narrative of make believe – Elliott is a double agent, camouflaging himself behind the lines, a man in the backstreet with a bag of disguises:

There’s so much that’s good about this that it is difficult to know where to begin. The poem’s shift from Grumpy Cunt to Wings of Desire encapsulates all the possibility of the deliberately stymied lyric, for a second we’re almost sampling the urban sweetness of the Smiths – as opposed to the dissonant punk of Mark. E. Smith – as well as that hormonal longing for un-adulterated lyricism. Namely, cunt/desire appears as some kind of collapsing colluding binary enriched by the demotic and the heightened. Billy Collins says of Frederic Seidel, the master of the disagreeable poem, ‘He does what every exciting poet must do: avoid writing what everyone thinks of as “poetry”’ It is, in effect, a complicated trick to pull off. One foot in hallowed space, one foot in the streets of Manchester, Elliott’s poem finds a way of shucking off the dangerous allure of Poetry with a capital P, without however losing its energising fiat – a kind of casual velocity if you will. In fact, the poet needs, as matter of course, to be innately suspicious of what Michael Hofmann, in his excellent essay on Seidel, describes as ‘pissy beauty’ (Where Have You Been?: Selected Essays, 2015).

It is not a new project. One might go back, in recent history, to the French Symbolists. Consider Baudelaire and Rimbaud – Il faut être absolument modern – and follow the battle against, with, and for Poetry through the variegated expressions of modernism, not least in Pound’s Imagist Manifesto – ‘we oppose the cosmic poet’ [!] To write good poetry one needs, seemingly, a healthy contempt for it. ‘I, too, dislike it’, Marianne Moore famously declared in ‘Poetry’, thus making the writing of it a form of contestation and negotiation and even absurdity (in fact, ‘all this fiddle’).

In ‘The Man’s Middle Leg is a Lady’s Leg’, a poem-sequence in which ‘(Poetry)’ – the brackets seem important – is one of 12 sections, Elliott takes us back to the public arena of poetry, where the identity of the subject is deliberately obfuscated. S/he is ‘[s]hapely, shaved, disconcertingly flirtatious/when standing at the launch of a new book of poetry,/sipping [his/her] wine, talking to the man – who may or may not/be a poet himself -’. There’s an uncomfortable weirdness descending upon ‘this old and distinguished’ venue, and now you’re ‘afraid of being taken/by all these brainy men and women for a bit of a bimbo…’ And ‘it’ [what exactly is it? Oh, do not ask…] ’stretches out suddenly, lifts the hem of your trouser gently,/revealing what the man must have strongly suspected…One eyebrow raised/you scan the crowd. Poetry! you think. O God how I hate it.’

‘Angel’ – cited above – is tantalising in other ways. Two named people: Mark E. Smith and Adolf Hitler, as well as two German films: Downfall and Wings of Desire. Smith (born 1957 in Manchester) is the lead singer of the punk group The Fall, named after the novel by Camus, some of whose recent songs have laid into Facebook. Smith also rails against ‘fucking computers’ in a recent interview with Krishnan Guru-Murthy (Channel Four, 2016). The name of the group creates an invisible rhyme with Downfall – Der Untergang (2004) – which shows Hitler’s last days in the bunker and which includes the famous ranting scene. The part is played by Bruno Ganz (whose name Elliott feigns to forget) who also played the angel Damiel in the cult film Wings of Desire – Der Himmel Über Berlin (1987) – directed by Wim Wenders. The film is set in a Berlin still divided by the Wall and it dwells, not least, on the past and future of a city, which has always had a powerful historical charge. In effect, the poem, almost at the end of the collection, takes us back to the beginning.

‘From the German’ is the first section of this three-part book; the second and third sections are entitled ‘Mortality Rate’ and ‘Footnote’ respectively. There are connections and disconnections, weird anecdotes, fugues, sexual liaisons, post-modern gags, no shortage of acid humour, Cold War anxiety, espionage and cultural exchanges – where Berlin has its own glamorous dissonance (‘I found a bullet in Berlin/and thought, I must use it wisely’) – and where, too, there’s talk of Kafka’s Amerika, also known opportunely as The Man Who Disappeared, as well as a reference, in a book of many cultural allusions, to Michael Hofmann’s America as glimpsed in ‘Day of Reckoning’. Elliott’s poem is called ‘Joy Ride’, and America, the very idea of it, is part of Elliott’s surreal engagement. We meet variously the mysterious Amy and Sabrina, there are asymmetries and doppelgangers and vivid poems bemused by the jolting strangeness of their own creation. It begins; ‘I was rummaging in a bin in Berlin -/it’s a thing that I did, I liked it – /when I noticed, under everything, a briefcase.’ Already, then, Elliott has created an ironic objective correlative – it stands for spy work (a poet is always a kind of spy), misinformation, and a gleeful, knockabout, noir-ish angst:

Rather than personal revelation this is, in fact, a book about poetry. Poetry is an art form habitually un-loved, with an impossible longing for universalism and transcendence. See ‘Everybody Has a Lizard Poem in Them, Here’s Mine’; or consider Ben Lerner’s recent The Hatred of Poetry (2016). Elliott’s ‘An Unsuspected World’, no fear of naivety here, begins: ‘Had Amy and Sabrina been characters in a novel by Thomas Pynchon,/ the latter like me a recluse who has rarely if ever been photographed,/they might have found his style conducive.’ The impossibility of poetry, the poet in a permanent bind! – Yet poetry by its nature is tragically insistent. Look at, for example, ‘The Perfumed Bottle’: ‘There comes a moment/in every poet’s life /when s/he must think/on Mayakovsky’; the poem ends ‘I’m casting aspersions, okay? /Poets make a living or they don’t./The tears are what’s important.’ And see ‘Self-Portrait of a Young German Poet’:

And lastly, in a capacious collection that runs to 145 pages, why not close with ‘Short Poem’? Elliott teases his reader from beginning to end, and what pleasure in being teased:

View all posts by Julian Stannard →