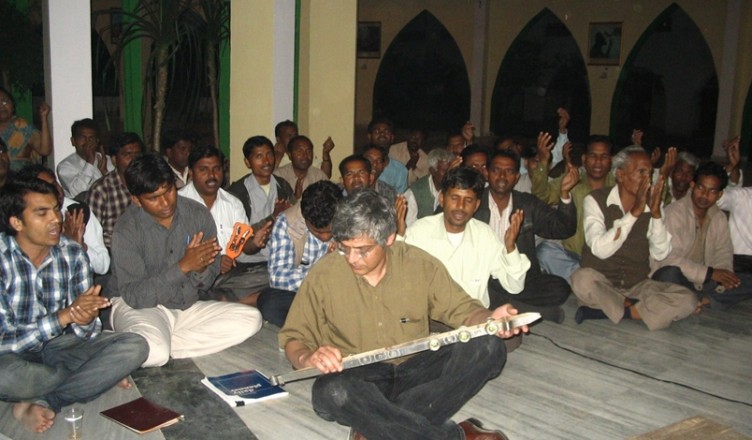 In The Art of Writing, written in the 3rd century AD, the Chinese poet Lu Ji wrote about strategies for finding words which seem “to belong with each other”.

In 1942, in a key passage of Little Gidding reflecting his experience as air-raid warden in the London blitz, T.S. Eliot embellishes and embodies this ideal of words in a poem “belonging together”. In a landscape of destruction, where home is uncertain, ‘houses / Are removed, destroyed’, a good poem stands unshaken. In its unbombable precinct, the different elements act together to make a strong whole,

In this protected precinct, every individual part may find closure to some project, and open paths to new others. We may take off into the new from an ‘illegible stone’; or we may end up in the fire. (Which, in Little Gidding, turns into an image of cleansing and purification.) Every element is dangerous but possibly healing, too:

This vision of how words belong in a poem is one area where poetry has fertile links with psychiatry. Especially front-line situations – on the street, or with people painfully disconnected from where they are; people for whom ‘words’ feel very much not ‘at home’.

In the fourth Poetry And… of 2015, psychiatrist Dr Sushrut Jadhav speaks to ways of engaging the disconnected, finding a language to communicate across barriers both cultural and psychological, and ‘hooks’ which may open up understanding and create a route for healing change. Fluent in four South Asian languages as well as English, he did his medical training in Mumbai, his psychiatric training in Bangalore, and for his Cultural Psychiatry PhD he researched white British Londoners. He is now Senior Lecturer in Cross-cultural Psychiatry at UCL and Consultant Psychiatrist for Camden Homeless Outreach Services, so his clinical psychiatry is done mainly on the streets. He researches cultural encounters in the UK between overseas students and staff, or health professionals and patients; and mental health dimensions of marginalized groups – both the homeless in the UK and Dalits in South Asia. He develops inter-cultural dialogues to engage acutely unwell psychiatric patients, examines the cultural premises of western psychiatry, the stigmatization of mental illness, and the cultural appropriateness of mental health theory and practice in low income nations, especially India.

How does what he does touch poetry?

As I’ve said elsewhere, an effective poem calibrates the heard and the unheard. Its effect on you creates associative connections which at first you may only sense, like catching glints of lacquerware in candlelight. You won’t see the full picture on first meeting; you intuit there’s something there that matters to you but won’t know what. Psychiatrists, it seems, do that too. The way they listen for connections that may open routes for healing illuminates connective processes at work when we write, read or hear a poem. “When we feel several objects at the same time,” says Coleridge, “the impressions are linked together.” The poet “yokes” images that originally had no connection. To uncover and understand them, the reader needs to go back and look again.

Michael Donaghy’s poem Machines rhymes ‘connected’ with ‘perfected’. It takes a racing bike and a piece of music as images of the harmonious poem, both ‘moving’ and balanced. ‘The machinery of grace,’ it says, ‘is always simple.’ But people who are not connected find balance hard. Nothing is simple; grace is difficult to come by.

In one case study, Sushrut Jadhav writes of a suicidal patient who despairingly flings at his doctor a comic book version of an Indian myth. The hero illuminates what the patient feels is wrong with him: the myth becomes the key to unlocking the agony and shame of a condition which has driven him to try and kill himself. Sharing the myth, its structure and narrative, created a connection between doctor and patient which enabled the patient to move towards a more balanced life. As Donaghy’s poem suggests, connection makes for balance.

I think you could point to two levels of poetry’s mutually illuminating relationship with psychiatry. Especially cross-cultural psychiatry, in encounters which help people born in a different country from the one they are living in: where the hope is to help them feel connected and find balance.

At one level, the simpler one, what helps is simply sharing a poem. When you both respond to the same pattern, lines, words or tunes, whether they are part of a myth, a song or a poem, the sharing generates a connection or a bond which might lead somewhere new. The second level involves the patterning to which Lu Ji and T S Eliot both speak: a vision of poetics as cohesion, where all relationships are benign and work to create a harmony. Poetics as effective social cohesion, relational connecting and belonging, with all the words and feelings ‘at home’, in Eliot’s phrase; where everything is in a good place, where they are comfortable. The good poem as a little microcosm of cohesion: words ‘belong together’.

I think that is why rhyme is so emotive, so key to people’s feelings about poetry. You can be allergic to it, antagonistic, bored, possessive and fussy, perfectionist, flamboyant and mischievous about it, bossy about where it comes – at the end of a line, in the middle – but never indifferent. Its power of relating is so essential to poetry that once upon a time ‘a rhyme’ meant ‘a poem’. Its emotional charge was expressed in the ‘rhyming wars’ which first broke out in British poetry around 1600 and which flare up again and again.

Rhyme becomes a token, a battle slogan or banner, because, I think, it is an image of connecting, cohering, belonging: of making sense together. Again, exactly what a psychiatrist trying to help someone feel connected hopes to do: to make sense with the patient.

In Achilles in Vietnam: Combat Trauma and the Undoing of Character, the psychiatrist Jonathan Shay describes extraordinarily powerful scenes when he read passages of Homer’s Iliad with men who had returned, defeated and ashamed, from fighting in Vietnam with what we now call Post Combat Stress Disorder; and how sharing those passages helped both patient and doctor understand and heal the damage. They saw their own experience mirrored in the poem: they heard a rhyme, an answer.

‘Rhyme’ comes from the Greek verb rhein, “to flow”. It is flow-back and splash-back, the supple echo of something heard and more suggested. Seamus Heaney, in his poem ‘Personal Helicon’, says he rhymes ‘to see myself, to set the darkness echoing.’ He describes looking and then calling down wells as a child. The echoes return his voice ‘with a clean new music’. Exactly what a psychiatrist anywhere, America, India, on the London streets, hopes their patient will come to hear.

‘Let the Parts of the Flower Speak’: a poem by Mona Arshi

‘Polynya’: a poem by Helen Mort

Into the Road Map’s Blank Regions: On Paul Farley

‘The Mystery’: a poem by Paul Farley

The Most Perfect Thing: the Inside (and Outside) of a Bird’s Egg