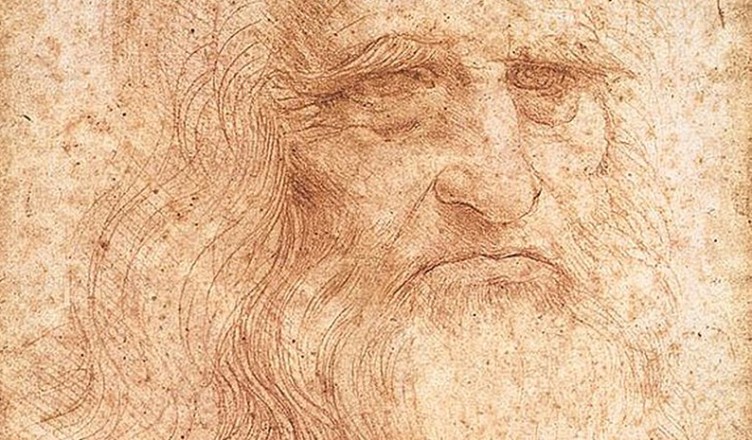 Leonardo da Vinci, portrait of himself as an old man, c. 1510

In Book X of The Republic, Plato considered poets to be too passionate to be involved in political life. He thought that if poets had an active role in politics, they would disrupt the public affairs of the republic, based upon reason and law which represented the criteria of the common good for the philosopher. In The Psychodynamics of Poetry, I argue that the poet’s “virtuality” or impersonality is a double defense against his shifting multiple persona(e) and his ambivalence, enabling him to write about tragedy, social injustice, discrimination, and violence as objectively as he possibly can. Through his virtual persona(e), the poet can defend himself against the loss of his personal identity and the threats of the external world, respectively.

From the psychoanalytical viewpoint, I think that the defence mechanism to which I coined the term “virtuality” arises from the narcissistic traumas of our childhood, like parental problems and/or learning difficulties, which are later sublimated into science and the arts. Virtuality is modified in relation to a person’s internalization processes and protects them in the manner of a good father. The child’s capacity for creativity is developed by his early identifications with the object world, his capacity to transfer his narcissistic energy to the objects of the external world, and the ability to hold his libidinal energy in a state of suspension which, precisely, allows the poet to assume his shifting persona(e).

In “Early Analysis”, written in 1923, and included in Love, Guilt, and Reparation, Melanie Klein writes about the process of sublimation by referring to Leonardo da Vinci’s conflict-ridden screen memories. Leonardo was an orphan born out of wedlock, cherished and fondled by his young mother, adopted and educated by his older father, a well-known notary in Florence. Screen memories, according to Freud, consist of what a memory about a conflict situation contains and what has been screened off by repression which causes a mnemonic censure.

Both Freud and Klein refer to Leonardo da Vinci’s high capacity for sublimation based on his childhood screen memory of being suckled by his mother, superposed into another screen memory, in which a vulture flew down to his cradle, opened his mouth and pressed his tail against his mouth, symbolizing the phallic power of his domineering father. Yet, despite this fact, Leonardo successfully sublimated these two screen memories into his art, his interest in the natural sciences, and love of flying, thus avoiding neurosis.

Freud called the child’s screen memories memory images. In fact, when we write a poem, we build upon our mental images and/or our screen memories unconsciously. Our recollection is based on the free association of mental imagery which can be used as a method of projecting internalized conflicts upon the page. Thus, poetry can efficiently be used as an integrative writing therapy in accordance with Klein’s therapeutic method of play and painting that consisted of asking children with conflicts what exactly caused their learning, sleeping, or eating difficulties. Klein asked the children she supervised to express their problems through these therapeutic techniques.

Like Leonardo da Vinci, T.S. Eliot was a precocious child who sublimated his inner conflicts successfully. He wrote his early poems and journal entries in a leather-bound notebook he bought during a summer stay with this family in Gloucester in 1909, which he, later, called Inventions of the March Hare. In a poem, called “Introspection”, Eliot wrote about himself through the persona of a young poet who scrapes himself against a brick wall as he pursues his painful introspection. The poem’s central metaphor is of the poet’s mind stuck in a subterranean water reservoir, resembling a grave, as he struggles to tackle introspection. The process is symbolized by a snake struggling with its swallowed tail “like two fists interlocked.” The mind struggles with self-knowledge by self-scrutiny, “slip(ping) along / the brick wall, scraping at the / cracks”, rubbing itself against the complex maze-like cracks of introspection.

It is interesting to note the resemblance between Leonardo da Vinci’s screen memory of the vulture’s tail and Eliot’s symbolism of the serpent eating its own tail which are both phallic symbols. The difference is that the former is a repressed screen memory whilst the latter is a poetic symbol used consciously. On a psycho-biographical level, “Introspection” can be considered as an unconscious abreaction to his father’s repressive Puritan education which saw sex as an extreme evil to be avoided. Eliot’s inhibitions as an adult which are reflected in the development of his complex ambivalent persona as Tiresias-Narcissus in The Waste Land were the result of his early childhood repressions.

There is another instance of repression, noted by Professor Christopher Ricks in the Preface to The Inventions of the March Hare, consisting of Eliot’s inversion of the sale he had made to his lawyer, John Quinn, to whom he had sold the manuscript of The Notebook but remembered it as the manuscript of The Waste Land. In fact, he had offered him the manuscript of the The Waste Land but had sold his Notebook to him. For Freud, quotidian mistakes are due to a certain idea which enters into conflict with a repressed idea that interrupts the former but which we are unable to discern or to remember with our conscious minds.

I think that the significant factor in Eliot’s mnemonic mistake is the close association that can be established between his Notebook and The Waste Land, showing the confluence of themes between the two although they were written more than a decade apart. The two works emphasize the degrading social relations in a disintegrating society in which the social roles of both genders were being replaced by more liberal ones and social values were being overturned.

Eliot wrote The Waste Land between 1919, the year of his father’s death, and 1921, the year of his nervous breakdown. In psychoanalytical terms, the book represents an attempt to placate his father’s aggressive sexual repression of his early education and a defence against the poet’s fragmentation in which he could not connect anything with anything.

The significance of Eliot’s Notebook lies in its emphasis on ego-integration or the adolescent’s attempt of unifying his personality. Keeping a creative notebook, a journal or a diary, when a young person undergoes physical and psychological changes and unconsciously fights against his internalized conflicts, helps him develop his adult personality. Integrative writing therapy, combined with short-term psychotherapy, has proven to be efficient in the prevention of addictive trauma such as food, drug, and/or tobacco abuse.

In the Mayo Clinic Treatment Center, Florida, smokers aged 18-24 who followed an expressive writing program after eight-weeks of abstinence were able to maintain their abstinence in a ratio of 33% against 20% of those in the control group. Psycho-biographical poetry writing, like Eliot’s Notebook, can result in partial ego-integration in our modern society in which bullying, mobbing, physical and cyber violence can lead to self-harm in the younger generation. The poetic text, journal, and diary can act as a shock-mediator that absorbs the subject’s inner conflicts that are re-worked through writing.

Both Freud and Klein demonstrated that if the repressed impulse is fixated, it becomes a pathological symptom which can be cured by psychoanalysis; whereas, if the drive is transferred into an ego-interest such as a hobby or a sportive or artistic activity, it can be transformed into a symbol. Through symbol formation which occurs in the preconscious where the creative process is situated, poets pass from the unconscious primary processes of day-dreaming to the secondary elaborative process of writing based upon inter-textual connections and/or revisions.

In psychoanalytic terms, Eliot’s and Leonardo’s major psychological traits are their intense attachment to their mothers, to their father’s detrimental Oedipal neglect, their oral needs, their high capacity for sublimation, their successfully sublimated inhibitions, and their avidity for knowledge and self-analysis. In this essay, I have, by reference to Klein’s “Early Analysis”, thus, linked creative poetic activity to the child’s early development. Based on my writing experience, I have also linked the creative process to my concept of “virtuality”.

The theory of virtuality can be useful in the analysis of this particular defence system that fights against ambivalence, itself, a defence against the loss of identity as when a person feels confused or unable to take any decision. The analysis of “virtuality” can be a significant step in the disentanglement of complex mixed emotions such as anger, revenge or jealousy. We can, thus, regain higher emotional clarity and attain a stronger self-identity which allows us to define our stance in society more effectively. Poetry and integrative writing therapy can offer us partial ego-integration by enabling us to clarify our emotional abreactions to social situations and the aggressions of the external world and integrate our negative reactions. We can, thus, expand our socio-cognitive circuits and establish more valuable relations with one another.

Dr. Emily Bilman teaches poetry in Geneva as London’s Poetry Society’s Stanza representative in Switzerland. Her dissertation, 'The Psychodynamics of Poetry: Poetic Virtuality and Oedipal Sublimation in the Poetry of T.S. Eliot and Paul Valéry' was published by Lambert Academic in 2010 and 'Modern Ekphrasis' in 2013 by Peter Lang. Her poetry books, 'A Woman By A Well' (2015), 'Resilience' (2015), and 'The Threshold of Broken Waters' (2018) were published by Troubador, UK. Her new book, 'Apperception', is forthcoming in September 2020. Poems have been published in The London Magazine, Poetry Salzburg Review, Offshoots, San Antonio Review, Expanded Field, Poetics Research, Oxford School of Poetry Review, The Battersea Review, The Blue Nib, Poetica Review, E.Ratio, Tipton Poetry Journal. She blogs on: http://www.emiliebilman.wix.com/emily-bilman

View all posts by Emily Bilman →