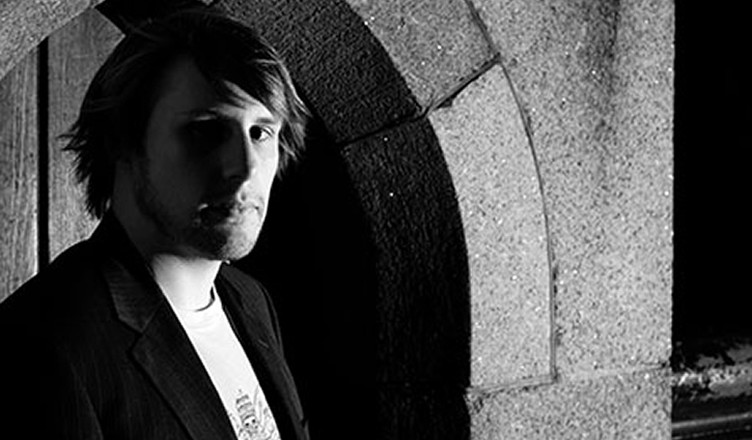 ‘The loss of imperial power,’ said Seamus Heaney in a Berkeley lecture of 1976, ‘the failure of economic nerve, the diminished influence of Britain inside Europe, all this has [begun to force English poets] to explore not just the matter of England, but what is the matter with England.’ Heaney was speaking at a time when the decolonisation process was ongoing; James Brookes, eleven years old in 1997 when the Hong Kong handover completed the process, provides us, in his debut collection Sins of the Leopard, with a clear-eyed meditation on Englands past and present from an authentically postcolonial vantage.

The poem ‘Maneaters’ is characteristic of Brookes’s perceptive historical eye: Jim Corbett (1875-1955), hunter of man-eating big cats during the British Raj, made his final kill and retired to Kenya. There he was briefly bodyguard to the future queen whose reign would see the end of the empire for which he had been stalwart:

The ‘country of borrowed time’ is no longer the vast and gone British Empire, of course, but the less than vast Great Britain itself: Scotland’s narrow vote last year to remain a part of it – for the time being – has served only to expedite devolvement of powers not just to Britain’s constituent nations but to regions within England. Localism is in vogue from politics to produce to poetry. Befitting the spirit of these more factional times, the cover of Sins of the Leopard is a detail from Turner’s ‘The Burning of the Houses of Lords and Commons’; the book’s anti-establishment position considers if fidelity to the status quo is in fact ‘fealty, then frailty’. When Brookes writes in Sussex dialect (‘Pharisees’), when he writes ‘I forgive Sussex for Kipling’ (‘Khyber Pass Copy’), when he declares ‘Sussex betters itself for the unborn’ (‘Planh’), is he seeking to free the shire of his formative years from the dreaded amalgam ‘London & the South East’ and all the associations with conformity and complacency that go with it?

‘It is not necessarily better to promote a local identity than a national or even an imperial one,’ Brookes responds. ‘We’re very ready to reject nationalism as a comforting fraud but perhaps not so ready to do that with localism. It is fundamentally dishonest to cleave too closely to a local or class identity without acknowledging that that is at least partly self-willed and that such things are fluid. There is no authentic Sussex, there might be secluded farms where it clings on, but it’s no longer economically possible. I wouldn’t say I’m a local poet – I don’t have that right, I don’t have a fair claim to the Sussex identity.’

Descended from Lancashire, Essex and East London stock, Brookes was born in Hackney within the sound of Bow Bells; Sussex was not his home until aged five. At eleven he gained a scholarship to Cranleigh School across the border in Surrey, where he came under the tutelage of two Cranleigh institutions: Peter Longshaw for English, and Christopher Perry for History (the historian and Old Cranleighan Andrew Roberts credits Perry with sparking his own love of the subject). Although he opted to take English Literature and Creative Writing at Warwick, and now teaches English at St George’s College, Weybridge, Brookes reads history for pleasure first and foremost. This is evident in his poetry’s thoroughgoing immersion in England’s story at home and across the seas, often expressed via temporal dislocations (reminiscent of Geoffrey Hill, later Douglas Dunn, and Mick Imlah) and dislocations of language (Hill again). Into our diminished lexicon Brookes reintroduces Latin, ecclesiastical terms and – most markedly in ‘Two Seasons for the Tees-Exe Line’ – words of pre-Conquest England:

This is language and subject matter deeply rooted but, born as it is out of the English melting pot, always protean: contemporary culture – Star Wars, Dancing on Ice, Euro 96 – interjects, so too love’s timeless lexicon. It is, then, both the poetry of Coleridge’s ‘spiritual platonic old England’ and the poetry of Coleridge’s quotidian ‘commercial G. Britain’. The latter is ennobled by being placed in dialogue with the former: ‘History’, as T.S. Eliot succinctly put it, ‘is now and England.’ Nowhere is this blend more bravura than in the collection’s apogee, ‘Those Iscariot Motions’, Brookes’s attempt at what he calls ‘the great British history poem’, though mainly addressing England. The Lancashire hangman Albert Pierrepoint earned enough at Nuremberg to buy…

The poem ends by referring to the English ‘leopard posing as a lion’, literally the case in the heraldic sense but also – Brookes’s collection would have us believe – metaphorically the case: the wholesome-hearted English lion is in fact a mottled beast of more ambiguous virtues. By the collection’s end we are left in no doubt as to which leopard the sins of the title refer.

‘I’d rather write confused, angry, conflicted state-of-the-nation poems that get slammed for being presumptuous than write safe poems where I abdicate myself from the bigger issues,’ Brookes says. And confusion is the only appropriate lot of the intelligent historian looking back without absolutism. In Sins of the Leopard, England is admonished yet loved. For as Brookes reminds us, displaying, some would have us believe, a very English sense of fairness: ‘If there is to be a conception of sin there must also be a conception of redemption.’

James Brookes grew up in rural Sussex, England. His first full collection, Sins of the Leopard (Salt Publishing, 2012), was shortlisted for the Dylan Thomas Prize. He  read at Poetry And…History with Roy Foster.