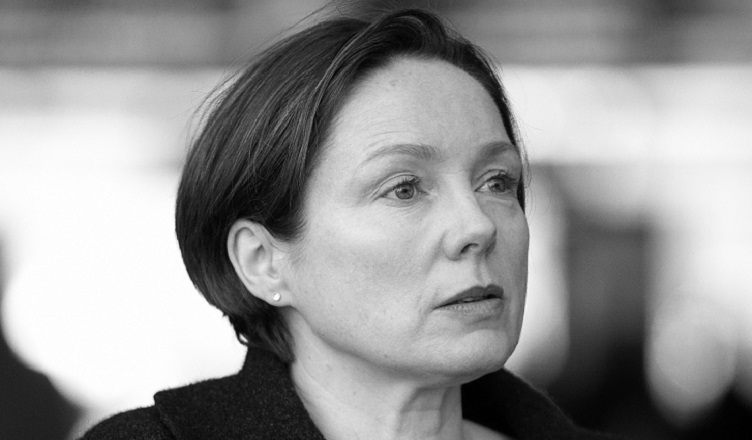 This essay was originally published by Wild Court on 1st March 2016. Lavinia Greenlaw will be taking part in the latest online ‘Poetry And…’ event, curated by Ruth Padel, on 2nd November 2021. Details, including how to get your free tickets, can be found here.

I will start where I began, with ‘The Casual Perfect’, the poem from which Lavinia Greenlaw’s fourth poetry collection takes its title. It is a poem of two halves; the first of which is perhaps rather stark:

These three stanzas represent the more obvious side of Lavinia Greenlaw: terse, academic, a teller of subtle differences, crisp abstractions and poetic influences. The title is a reference to Robert Lowell’s description of Elizabeth Bishop’s work, which these first six lines then illuminate, if somewhat obliquely. As befits a poem about a poet, it is confidently located in the land of language, where the world is or isn’t in terms of tenses, articles and ideas pitched through verbless nouns. The only hint of other, less cerebral measures, lies in ‘lapsed’, itself heavy with judgement rather than the physical life or movement that might precede such. It’s hard to warm to and accordingly can leave the reader a little cold.

The second half of the poem is quite different:

– with ‘action’ here like a door that swings open and ushers us into a swarming reality. It’s that of Bishop as perceived by Greenlaw, but imaginatively rather than conceptually. ‘Somehow always at sea’ has the hazy specificity of memories. ‘Always’ is the lingering, lasting quality of those memories; ‘somehow’ the strangeness of their being in the present. But the abiding impression here is physical. There is a setting, the places where Bishop spent her time. The paradox of ‘rooms… at sea’ hits upon the way in which such rooms interiorize the outside world and in so doing vividly conjures their exact nature. Reading it, I had a sense of how the sea’s shifting blues and greens might wash over the blander creams or greys of the walls, of how the panoramic landscape without could, through contrast, define the geometry of the architecture within and of course the overall sense of the sort of dreamy, salty, liquid atmosphere that might arise in such a setting. All this without any mention of colour, shape, light or air (hence, I suppose ‘Description in action’). And then, of course, stanzas are rooms, the type type Bishop dwelt in. The discreet pun, ‘at sea’, finally acknowledges the psychological unsteadiness that might underlie a sensibility live to all this, a sensibility Greenlaw perhaps shares with Bishop. It’s the low note of danger that sounds beneath a rich interplay of effects and seems to unify Greenlaw’s poetry at the same time as it acknowledges its limits, its breaking point.

Perhaps all three of these are in evidence in the closing couplet to ‘The Casual Perfect’:

For one thing, this is about Bishop and how she communicated her worldview. For all its range and distance, Bishop’s poetry does have a contrary intimacy to it thanks to the fierceness of her focus, something that presumably only comes about as a result of the farness she felt from what she observed. And ‘quartz or iron’ are not only lovely obsequies, summarizing the beauty and strength of Bishop’s work, they also describe the time it takes – both the meditative manner in which Bishop writes and the necessarily dilatory process of reading and growing to appreciate her poems. They are slow; and yet so concise.

It’s a contradiction that characterises Greenlaw’s work too. This informs both the rhythm of her verse and her intellectual approach, and it’s in these two capacities that she has most in common with Bishop. The meter in this last couplet, as in the rest of the poem, is restrained but pushes towards the end of each line with quiet force, one emphasised by the punctuation that makes each line a sentence. It’s a tension that gradually intrigues, drawing you into the poems. Her diction is spare, with few elaborate terms, but the words that describe the more physical things– such as ‘sprawling brightness’ or ‘intimacy’ – create clusters of syllables that urge the meter forward like the material spurs (sunlight, telescopes) that jog her memory, spark her imagination.

This feel for rhythm is in sync with her thoughts, it defines and is defined by the pace of her thinking. Its slightly off-kilter but discreetly persistent quality accords with the quizzical nature of her inquiries. Colm Toibin noted of Elizabeth Bishop that ‘she began with the idea that little is known and that much is puzzling’. He goes on to quote her saying, in a letter to Robert Lowell: ‘Since we do float on an unknown sea, I think we should examine the other floating things that come our way carefully; who knows what might depend on it?’ In its childish curiosity this reminds me of Alice in Wonderland swimming in the pool of tears, politely inspecting all the creatures around her. But one can also detect a more adult cynicism here, keen to the arbitrariness our own ignorance imposes on us.

The scales of significance are weighted unexpectedly – flotsam is as deep as it gets – and it’s this somewhat perverse sense of proportion and gravity that underlies the closing poem in Greenlaw’s The Casual Perfect, ‘A Circle Round Our House’. It’s about how two people, somewhat estranged, might relate to each other and how, in turn, anyone might find meaning through time by relating days or years to each other. In the penultimate stanza, the tone becomes nihilistic as the idea of oceanic depth becomes reductive:

But then the poem ends more evenly, with a question and a conceit that lies somewhere between a shrug and an answer.

What sounds dismissive in fact holds on to the value of small things – marine slime is as fundamental as anything else in the world. It’s not the preordained quality of a thing that matters, it’s our attachment to it. And then there’s the wry wordplay that links ‘mud’ and ‘earth’, primordial ooze with epic form; derided, base substance with a vast and important whole. These connections, such as they are, are slight, subject not only to words, but the poet’s whimsy or good will, as ‘might as well’ suggests. Ultimately, as the poem indirectly posits, it’s faith that creates any meaning, but of an unardent, sceptical, faintly humorous kind.

What appeals about this argument is the way in which it’s put, which isn’t in the least casual or perfect. Meant as a compliment, Lowell’s term could also identify the worst smugnesses of which poetry is capable. It’s the complex, even lumpen quality of Greenlaw’s physical conceits that make them compelling to me: the laboriousness of the anchor motif expressing how difficult it can be to live in a body, to coordinate that body with a mind and to attach any meaning to the existence of either, let alone anybody else’s. But she brings it off with the lightness of wit. This recalls the keen, comical intellect of metaphysical poets such as John Donne or Andrew Marvell. More obviously, she shares their pleasure in conjoining physical and philosophical worlds through means of perception.

Greenlaw’s poems borrow freely from astrology and physics, among other disciplines (she has done residencies at the Science Museum and the Royal Society of Medicine) and feature numerous references to instruments measuring time, distance or space. In ‘Dutch Landscape for Isla McGuire’ she remembers looking at paintings with the poem’s ‘half-blind’ namesake through a ‘spyglass’ (like the Dutch landscape and the metaphysical poets, very much a sixteenth to seventeenth century phenomenon). This then becomes a simile for Isla’s own looks, as in turn perceived by Greenlaw:

These uncertainties are also underwritten by an active sense of wonder. ‘Dutch Landscape…’ closes with a puzzle:

This speaks to the happy awe of some of her earlier poetry, such as ‘What’s Going On’ in her second collection, A World Where News Travelled Slowly. In full:

The opening is funny, her builders bonneted or beribboned by ‘petulant’. But the jokes, the skygazing, the rhyming music (‘smile’… ‘light’) (‘half the roof’) are shot through by ‘the sky comes at us’. Mimicking the wrecking ball, this vividly pictures how sky does gape enormously through ruins, mocking their geometry, looming even weirder and larger than it already seems, or simply making us re-realise those qualities.

The problem, an enjoyable one, becomes more distilled in ‘Dutch Landscape…’. Here it’s a question of the essence of the sky – where does sky end and light begin? The fine distinctions and the evident delight recall John Donne’s seduction poems, the end of ‘Air and Angels’ for instance:

In Donne’s poetry the elaborate drama of Elizabethan courtship animated these conceits. In Greenlaw’s poetry, the sweep of her oeuvre is the vital element; the biographical and historical anecdotes that dominate her first two collections are the raw material or impetus for the more philosophical poems that follow from The Casual Perfect onwards. As with those scientists Greenlaw writes about (Gallileo, Einstein), her process is empirical, she draws first from life. This is important for it prevents her poetry from tipping over into intellectually detached, morbidly theoretical terrain.

Greenlaw’s first collection, Night Photograph, featured many narrative poems, such as ‘ ‘Moby Dick Suite’ or ‘Gallileo’s Wife’. These, for all their references to science or art are primarily about an individual’s experience – a mad pianist’s pursuit of music, the trials of the spouse of a genius. Another poem in the book, ‘The Man Whose Smile Made Medical History’, is about her grandfather and makes him a part of twentieth century history via the First World War and advances in plastic surgery. In Greenlaw’s work, narrative gives the poetry momentum. It might also prevent it from becoming overponderous or untethered in abstract thought.

Conversely, her propensity to philosophise or think laterally infuses many of her more physical poems with a less literal energy. A personal favourite is ‘Essex Kiss’. It starts like an action film, car chase style:

with a rhythm that holds you as fast in its grip as the road holds the car or the car holds the passengers, though of course control is being negotiated in all directions. What follows is strikingly physical:

It’s hard not to imagine getting off with whoever it was as a teenager, so effective is this at yoking generic experience with the particular details. What follows seems familiar too:

the heavy yet morphic properties of grain so apt for sex that you almost forget it’s a simile. ‘Smoke’ is more notably odd as a metaphor and begins to unsettle. In this way we start to see how the poem itself works, how the physical immediacy is illusory, brought about by analogy. But then it turns back to reality. Earlier in the poem, before any contact, scent acts as foreplay:

The comparison also works the other way, such smells are ‘as bold as’ touch. The preludes to sex, the things that bring it into existence are anything but carnal: words, perfume, stuff of air. Sex is also ghostly, haunted by fantasies, the landscapes of adolescence (‘the grip of bluebells’), histories of fucking (‘the grip of wattle and daub’). So that, really, smoke isn’t such a strange incarnation of bodies in coitus. As she finishes,

Referring to the lay-bys and Friday night lock-ins that constitute this relationship. The things that bind people are abstruse, the nature of the bonds base, marvellous, often surprising. In poetry it is the same but of course different. A poem is nothing if not paperwork.

Rose McLaren is a writer and artist who lives in London.

View all posts by Rose Mclaren →