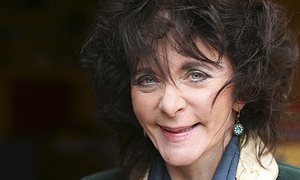 Released in 2009 to celebrate Darwin’s bicentenary, Darwin: A Life in Poems is a selection of snapshots of the naturalist’s life, using quotations from his journals, papers, autobiography and letters. Acting as a miniature biography, Padel (Darwin’s great-great-granddaughter) follows the progress of Darwin’s thought; both in the discovery of evolution to the growing tension in his family life. Though firmly centred in history, this collection carries a personal weight.

The ‘found’ poem style creates a compelling collage of multiple voices, primarily those of Darwin and Padel, but later mixing in that of his wife Emma and even, once, an orang-utan at London Zoo. In ‘The Year My Mother Died’, the second poem in the collection, Padel weaves an excerpt of Darwin’s writing: ‘”Nothing else/ except her death-bed. And my Father, crying’” No embrace.’ Seamlessly blending Darwin’s voice with her own, Padel’s addition of ‘No embrace’ feels like a phrase that could have slipped out of Darwin’s own mouth. It has the cool, old-fashioned restraint of Victorian conversation, but the clipped, tight syllables of someone struggling to confront their grief.

Padel does not shy away from acknowledging that Darwin, outside of his ground-breaking research, was a passionate man. In ‘On Asking A Museum Guard To Draw The Curtain Before Titian’s Venus’ we are confronted with ‘Her sudden body.’ Drawing together his ‘lovering’ with Fanny Owen, a woman Darwin courted, and an inflection that ‘This is what girls look like/ underneath! Behind the petalled skin and taffeta’ Padel depicts a curious, sexually driven young man. She refuses to raise him to a pedestal that would separate Darwin’s personality from his historic work, even here he marvels at the ‘mysterious geology’ of the female body. A successful biographer must be empathetic with their subject, as Padel certainly is here, and the accomplishment of the collection depends on Padel’s decision to remain centred in Darwin’s humanity.

In fact the poems that, for me, are the most enthralling are those which focus on the religious discord between himself and Emma, and later on the death of his daughter. During the publication of Journal of Researches, that would later be known as Voyage of the Beagle, Emma wrote Darwin a letter, framed in Padel’s poem ‘She Writes Him A Note About Salvation’. Padel adds witty interjections like ‘she’d love him to be right in everything. She’s very afraid/ he’s not.’ Although the language may be simple, there is an essential lyrical quality here which permeates the poem. Casting aside complex forms, Padel succeeds in depicting the portrait of a woman racked with fear that her husband won’t join her in the after-life. This poem is followed by Darwin’s reply to her letter, which he left for her to find after his death in 1882. The majority of it is formed with clever internal and half-rhyme- it’s Padel’s voice we are hearing- but ends with a quote from Darwin: ‘When I am dead, know/ I have kissed and cried over this many times.’ A truly moving and heart-breaking line; Padel knows when to step back and let Darwin’s own lyricism shine through. After all, even as a scientist he was not impervious to literature and carried a copy of Milton’s Paradise Lost in his pocket during voyages.

As noted, Padel does not limit herself to speaking as a mouthpiece for Darwin. She also performs acts of ventriloquism with his wife Emma. In ‘Submission To The Will of Heaven’, set in the aftermath of Annie’s death, Padel only includes a short burst of Emma’s own writing. The bulk of the poem is a depiction of a woman’s oscillation between denial and confrontation of grief: ‘She packs a small/ memento box…and hardly speaks of Annie again. When she does, / the sense of loss erupts, bald as a vulture, unhealed.’ The lines carry the rhythmic steadiness of prayer. Yet, even in a poem that is supposedly ‘Emma’s’, we see Darwin’s voice creeping through. Words like ‘Christian’, ‘connection’ and ‘medical condition’ are cleverly grouped together through end-rhyme and alliteration. Even in the midst of their grief, the objective, cold language of science permeates.

Altogether, this collection is an illuminating account of Darwin’s life, both in work and at home. It is a moving tribute; after a while you stop noticing where Darwin’s writing ends and Padel’s begins. It is at its core a dialogue between two writers, and Padel merits from Darwin’s lyricism just as much as he does from her poetry.