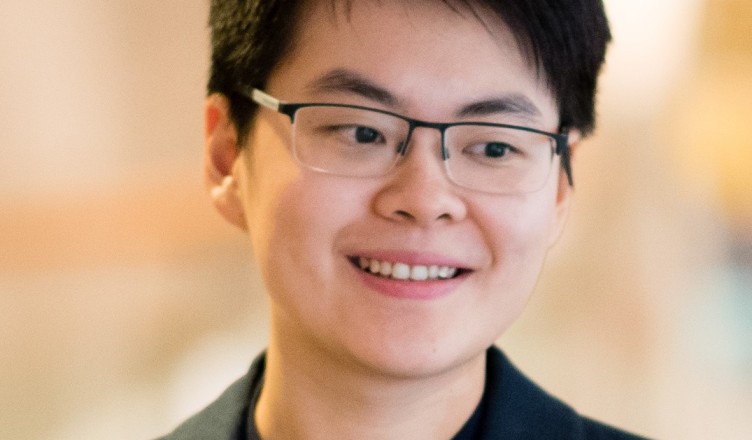 As a Chinese poet now living in London, the question of ‘why don’t you write in Chinese?’ has come to the fore at poetry readings and literary events in the UK, and in Hong Kong among family and friends. This essay is my first attempt at an answer.

Born and raised in Hong Kong (until I left for university in the US at the age of 19), I understood myself to be a Chinese person living in a British colony. The decolonization of Hong Kong occurred when I was seven-years-old. In 1997, Hong Kong was officially handed back to China under the Sino-British Joint Declaration, negotiated in the early 1980s by Deng Xiaoping and Margaret Thatcher. I knew what it meant to love the aggressor – to adore all things British – despite knowing that my home city was the price China paid for British aggression in the aftermath of the First and Second Opium Wars, during which the Treaty of Nanking (1842), the Convention of Peking (1860) and the Convention for the Extension of Hong Kong Territory (1898) were signed respectively, which meant that Hong Kong Island and Kowloon were given to the UK in perpetuity, while the New Territories was ceded to Britain on a 99-year lease.[1]

In 1860, the same year my primary and secondary schools were first established in Hong Kong by British missionaries, British and French troops stormed the Forbidden Palace in Beijing with the intention of arson. In order not to jeopardize the signing of the treaty that would cede Kowloon to the British, it was decided that they would burn the Summer Palace complex instead. More than 3,000 British troops oversaw a fire which raged for days, razing the palace complex to the ground, destroying countless relics, and killing over 300 people who had taken refuge within the palace walls.[2]

The irony of learning about these unequal treaties in my history lesson at an Anglican all-girls school founded by British missionaries is not lost on me; rather, it makes the lesson all the more poignant.

For twelve years, I was implicitly taught that English was the superior language, the lingua franca, the language of the colonizer whose imperialism was to be feared and revered rather than resisted. Prior to 1997, Mandarin Chinese was not taught in schools like mine, and French was an elective of equal standing to Cantonese. A rumour went around the school that prefects used to patrol the school grounds, fining students if they ever spoke in Cantonese. Before the handover, my teachers would encourage us to use English as a mode of conversation at all times. Many years later, I wrote:

I never chose English; English was thrust upon me. My native fluency in English is a political outcome, wrought from the skeins of colonization, Christian missionary work, and language policing.

During my first family holiday in Europe, my parents and I walked into a local restaurant in Florence, Italy, and were greeted by joyous exclamations of Konnichiwa! I was eight at the time, and all I knew was that I had been spoken to in the wrong language. My father forced a smile, and politely offered in English: We’re not Japanese. The hostess said: Ah! You must be Korean then! My father shook his head, then quickly asked if we might be seated. This pattern repeated itself during our tour of Italy; everywhere we went, we were greeted in Japanese, or else mistaken for being Japanese. This was still the 1990s, and China’s ‘open-door’ policy in the late 1970s under Deng had yet to fully bear fruit. Either that, or the common folk of Italy had not realized that us East Asians are a differentiated lot.

One night, my father began to retell a familiar tale: when I was studying abroad in London during the 1980s on a Croucher scholarship, I was the only East Asian medical researcher at Hammersmith Hospital (now Imperial College London). Everyone thought I was Japanese. When I told them I was Chinese, no one believed me. It was unthinkable to them that someone of Chinese descent would have been able to win a scholarship to the UK – such was the dismal public perception of China at the time.

As a teenager, I began to disproportionately read more books in English than in Chinese. In a conservative and deeply homophobic school environment, I could not fathom the notion of queerness, so I channelled my budding feelings into an intellectual infatuation with the British actress Imogen Stubbs, who played the gender-bending Viola/Cesario in Sir Trevor Nunn’s film adaptation of Shakespeare’s Twelfth Night. I initially comforted myself that there was nothing to worry about, since I had fallen for Cesario (the man), not Viola (the woman), only to realize one day that it was Viola-as-Cesario whom I had fallen for, her outfit and demeanour qualifying her as a quintessential ‘butch’. I couched these desires and fears in literary terms, discussed Viola’s deep-seated love for Duke Orsino in my assignment, then tried to write it off as my passion for the subject.

To quote Lord Alfred Douglas, English was my ‘love that dare not speak its name’[3]. It was a tongue my mother did not recognize, so I could write and think and breathe in a language that would allow me to understand Adrienne Rich and Audre Lorde, who would in turn give me the courage I needed, one summer’s day, to write: ‘The alphabet lyrical / with audacity, asking / what if? What if I chose – ’

On our first date, my partner read me a poem by Louis MacNeice, called ‘Meeting Point’. We stood on the balcony of the Tate Modern, overlooking the Thames, as I listened to the sound of her voice:

This Christmas, I will write poetry in English, speak to my mother over Skype in a heady mixture of Cantonese, Mandarin Chinese and Shanghainese (her mother tongue). I will joke and laugh in English with my partner, banter in Cantonese when meeting up with a childhood friend from home.

Last Christmas over dinner, I joyfully code-switched between languages, translating my partner’s words for my mother’s ears. Steeped in language, I am working towards a reconciliation of tongues.

Mary Jean Chan is a poet and editor from Hong Kong. She was shortlisted for the 2017 Forward Prize for Best Single Poem, and has been published in The Poetry Review, PN Review, Ambit, The Rialto, The London Magazine, Callaloo Journal and English: Journal of the English Association. Her debut pamphlet will be published by ignitionpress in February 2018, with newer work forthcoming from Poetry London and Carcanet New Poetries VII. Mary Jean is a co-editor of Oxford Poetry, and was recently selected as a Ledbury Emerging Poetry Critic. She is currently a PhD candidate in Creative Writing and Research Associate at Royal Holloway, University of London.