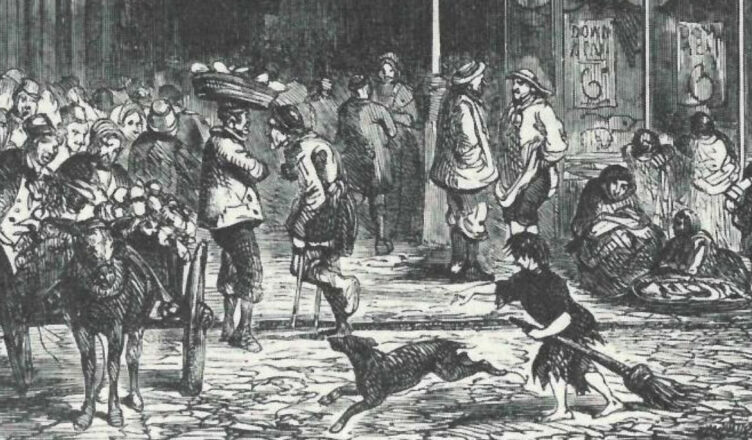 A Migrant in a Piece of Paper

A migrant could be someone who bought a plane ticket to London, and talked with customer service and customs at the airport, and

filled a pile of papers, and got into the plane, and travelled some hours in an aisle, and paid extra for taking their cats with them, and

listened to the BBC player while flying for the first time, and suddenly arrived at Heathrow, and

got lost, and heard the expression ‘whoa whoa whoa’, and was mistreated by another migrant at Costa,

and was insulted by right wing politicians, and was utilised by some activists who couldn’t care less, and was mentioned in the news once and again, being famous but anonymous, and

who started a free language course, and they met other migrants there but that ‘condition’ didn’t make them automatically alike or friends, and instead, they made friends in other place without forcing it and they were actually the real deal, and

they went to the pub and got drunk to forget who they are, and the next morning felt a little bit more international, and

they started a degree in English and some teachers were able to talk to them every day and help, while others didn’t want to be seen close to them, and colleges were younger, and

the restraint in the uses of the language creates an open door of the path to the soul, and

they looked great as my migrant-friend during a party, but then they were not friends anymore, and

they studied per many hours and years, but yet, they don’t reach the level of others, and sometimes they do, but as there are no precedents, it is hard to open things up in institutions, and even with a first class honours they can’t fit, and even at that level they will be told that their level of English is awful, and they will be left in the middle of nowhere like babies, and

sometimes they are able to afford expensive things or achieve great things, but they will always be migrants and migrants need to suffer all the time, and

our bodies will be throwed in a grave of some foreign land, and the mourners will cry at another grave in front of ours, and two or three friends will grieve us but from their homes, and they will think about us and struggle to overcome our disappearance, and

they will realise that we changed them and they are now a better version of themselves, and our soul will become one with their soil, and by the end we will be dust, soil, and

a mythical piece of blood.

The prize - open to all students at King’s College London - honours Cosmo, who died in June 2008 while still a student in the English Department at KCL. It seeks to remember his creativity and his love of words. The judges for the 2022 prize were Dr Luke Roberts, Professor Ruth Padel, and Dr Sarah Howe.