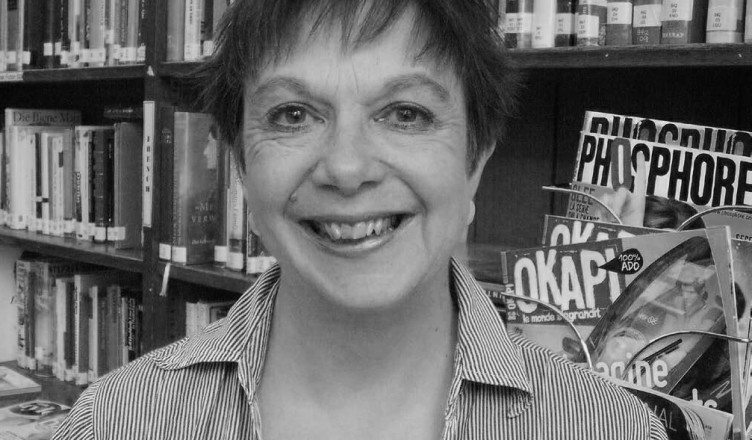 Below is a poem from the sequence ‘Rhine Fugue’ by Hilary Davies, which appears in her fourth collection, Exile and the Kingdom (Enitharmon, 2016). A note by Hilary follows the poem.

Hilary writes: The Tyndale poem is part of a longer sequence which uses the Rhine as a real river and symbolic metaphor for Europe; this then becomes a meditation on how we live with our neighbours, the origins of war, and the urgent necessity to actively cultivate and work for peace. It arose out of my visits to the Rhine over forty years and the friendships I have made there. I wrote it before the Brexit referendum, but it has since taken on a terrifying actuality as the European project envisaged by Konrad Adenauer and Robert Schuman begins to be destroyed. My choices of what aspects of Rhenish history to focus on were determined by a desire to show how the Rhine has been not only a frontier, but much more frequently a place of exchange: between Jews and Christians, Frenchmen and Germans, Englishmen and Germans, and a place of great cultural richness. It is only an apparent paradox that Tyndale’s translation of the New Testament into English should have been published in Worms, for that of course is where a great many free-thinking Protestant printers operated. In this poem I evoke Tyndale’s desire to use language to propagate the Bible, his erudition and probable contact with the learned Jewish community who lived in Worms, the mechanisms of printing and the smuggling of these English New Testaments to England in bales of wool that landed in the Steelyard, London.

Hilary Davies has published four collections of poetry from Enitharmon: the latest, Exile and the Kingdom, was published in 2016. She is also a translator and critic. Hilary won an Eric Gregory award and has been a Hawthornden Fellow and Chairman of the Poetry Society. She was Royal Literary Fund Fellow at King’s College London, 2012-16, and at the British Library, 2018-19. She was married to the poet, Sebastian Barker.

View all posts by Hilary Davies →